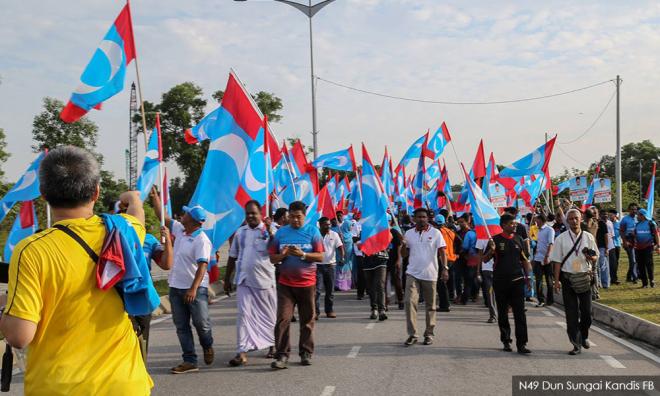 LETTER | The peril of working with toxic kingmakers

LETTER | Prior to the 14th general election, which brought about a seismic shift in the Malaysian political landscape, many minor parties were already positioning themselves to be the kingmakers.

A number of them were parties from Sabah, led by self-serving old-timers infamous for their unabashed political tergiversation. Unexpectedly but perhaps not surprisingly, even a not-exactly-minor party like PAS made a statement of intent to install itself as the fixer for whatever outcome in the mammoth battle between Pakatan Harapan and BN in GE14.

At last, it was Bersatu that tilted the balance in favour of Harapan and in the most unconventional gentlemen’s agreement, the kingmaker was made “the king”. There was doubt if there was any such agreement in politics when the deal was struck at the time of a looming high-stake general election where the utmost priority was to remove an increasingly tyrannical kleptocratic regime.

Harapan had no other option but to cross that bridge when they got there. After 22 months in power, all doubt was removed but in the worst imaginable manner.

The visionary of the grandiose Vision 2020 (which was proven conclusively to be a failure when the clock ticked 2021) attempted a self-coup to nullify the power transition agreement which incidentally resulted in the collapse of the Harapan government. It is easy to blame Anwar Ibrahim for trusting Dr Mahathir Mohamad, but then again, what was the option available in GE14?

All justifications given by Mahathir after the failed coup are reckoned to be afterthoughts. The logic is simple. He probably did not anticipate the number of PKR defectors to be so low. Then, Azmin Ali’s influence in PKR was seen to be quite solid considering the results of the party’s election that heavily favoured his camp. On the other hand, Mahathir could have been also expecting another faction to defect from Umno in the months running up to the Sheraton Move. Rumours were rampant that some influential figures aligned to Azmin were also pulling strings on the other side.

When the numbers of defectors turned out to be unsatisfactory, Mahathir rescinded from executing the plot. He foresaw what would befall the fate of Bersatu as it is transpiring now in Perikatan Nasional.

Instead, he risked it all in his “show hands” to form a unity government, hoping that Harapan would support him again, or at least enough MPs from Harapan would break rank to join his band of merry men.

Had that happened, MPs from the other side of the political divide would not need much convincing to jump into the bandwagon to reap the personal benefits for being part of the power-that-be.

Perhaps the resoluteness of Harapan’s MPs to stick together and showed Mahathir the finger was the only consolation in the whole sorry episode.

Unsympathetically, Muhyiddin Yassin was made the fall guy. He was the one who declared the revoking of Bersatu’s support for Harapan that triggered the collapse of the house of cards. A devoted strongman of Mahathir but perpetually overlooked to be the next in line for premiership, he had to decide on whether to be consigned to the footnote of history unflatteringly or to write his own history by pulling off a double coup and become the prime minister himself. The choice was obvious.

As for Azmin, he had crossed the Rubicon.

The current turmoil faced by PN is not coincidental. That is the peril of enthroning the kingmakers.

Back to the days when Harapan was in power, the faction aligned to the rebel camp in PKR was perniciously empowered via the distribution of ministerships. History, albeit a short one, is repeating within Umno. Bersatu is now living on borrowed time as the coalition has become untenable. PAS is just waiting for the opportunity to capture federal power.

Umno is running out of time as many court cases associated to the more influential camp of Ahmad Zahid Hamidi and Najib Abdul Razak are concluding soon. If this camp falls, there will be a power vacuum within Umno which Bersatu could take advantage of.

Statesmen should stand for their idealism for a better nation, not of affiliations depending on situations. The pitfall of working with toxic kingmakers is a lesson that political parties should take note of. It is time to downgrade kingmakers to court jesters.