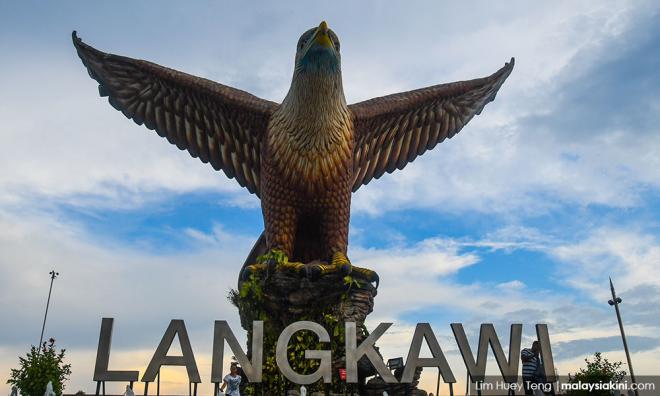 LETTER | On May 31, 2018, the late Sarawak developer, Ting Peh Khiing, who is famous for the Bakun Dam project announced that he would be launching a RM30 billion development project to be built on reclaimed land off the west side of the Langkawi island on Jun 1, 2018.

Called the Langkawi New City project, it would be located on 81 hectares of reclaimed land. The proposed project was envisioned to be a high-end Dubai-style development with 30,000 high-end condominium units, commercial centres, berthing facilities for ocean liners and yachts, among others.

According to a media report quoting the late Ting: “This project is bound to be the biggest ever development of its kind in the northern part of Peninsular Malaysia.” In the same report, Ting was reported to have also said that the environmental impact assessment had already been conducted.

However, the very next day, several news articles stated that then prime minister Dr Mahathir Mohamad (under the newly elected Pakatan Harapan) would not be officiating the launch and then Kedah chief minister Mukhriz Mahathir said the state government had yet to receive proposals for the project and neither was there any deposit paid to the state by the late Ting.

Fortunately for all, this project never took off after the grand announcement.

Fast forward 2.5 years later, we now hear that the Kedah government has signed a RM40 billion joint-venture agreement with the Kuala Lumpur based Widad Business Group Sdn Bhd (WBG) to reclaim an area off the island of Langkawi where 90 percent of the total 1,979 acres would be an artificial island.

It would be for high-end development including five and six-star hotel resorts, a golf course next to the Marina Yacht Club, offices, shopping complexes, hospitals, universities, and luxury homes. The project would take 15 to 20 years to complete.

Similar to what was proposed by the late Ting, this project would also be on the west of Langkawi, near the airport in Padang Matsirat; but it seems that it would be a whole lot bigger, almost nine times more if compared to what was originally proposed, and about RM10 billion more too.

According to a recent media report quoting Kedah Chief Minister Muhammad Sanusi Md Nor, WBG has paid up ‘millions’, (actual amount not disclosed) in commitment fees to the state to start this project.

We are shocked by the Kedah state government’s announcement to want to embark on such a large scale reclamation project when it is blessed with vast amounts of land. A similar idea for a project like this was already shelved in 2018 by the previous state government right after it was launched by Ting. Why go down the same path again?

This is a massive project that has huge financial implications which the state has to carefully consider, especially during this pandemic time, when the national and world economy is in trouble and there is a downturn in the tourism industry for years to come. Why build a playground for the rich when the scarce financial resources could be better used to meet the basic needs of our people?

The priority is not for huge high-end developments that will only benefit a few and keep their pockets happy. It appears that not much thought has been given about the environmental impacts of such a project in destroying the beautiful and natural environment of Langkawi and against the interest and welfare of ordinary people like the fisherfolk who will be affected in the long term.

Sahabat Alam Malaysia (SAM) continues to criticise the state government for proposing prior devastating projects such as exploring for rare earth elements, large scale logging, and now this - reclamation.

We do not deny that investments are important for the state but it should be sound investments for socially useful projects, beneficial to all, especially the poor, and are not environmentally destructive.

It was not too long ago that the Kedah chief minister stood with the fisherfolk of Penang and protested against the Penang South Reclamation mega project, involving another 4,500 acres of massive reclamation in a very environmentally sensitive area.

Surely, what is not good for Penang is also not good for Kedah. We hope that he has not forgotten this and appeal to him to review and scrap this unsound venture.