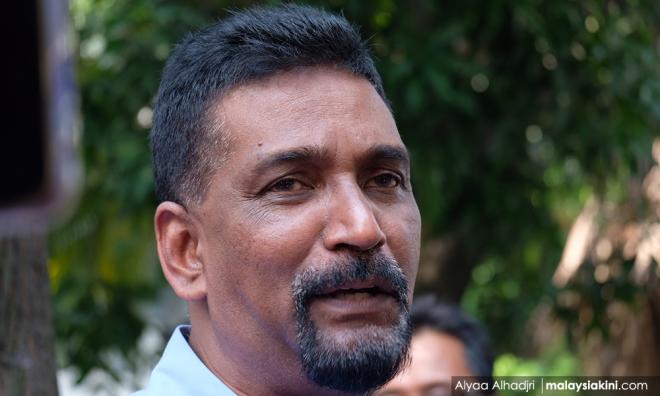 LETTER | We refer to the article in your esteemed news portal on Jan 22, 2021, with the headline “Nube: Saravanan vocal about Thaipusam, silent on workers' issues.”

Nube is surprised that Human Resources Minister M Saravanan has said that his ministry is currently in touch with the HSBC with regard to workers’ grouses raised by Nube.

The director-general of the Labour Department replied to us on Dec 29, 2020, confirming that our complaints against HSBC are indeed genuine. We have this in black and white and yet no action has been taken by the minister to put things right.

The ministry is well aware that our representatives haven’t been able to meet the management even at the lowest levels.

The bank has also not attended the Standing Committee Meeting in accordance with the Collective Agreement arranged by the Malayan Commercial Banks Association which is the union for employers.

Because of this, we had urged Saravanan and the department to take the necessary action against the UK-based institution as it is within their powers to do so.

The director-general claimed that his department had carried out an inspection on the bank in its premises on Dec 10, 2020. He merely forwarded the report from the bank to us and none of our members was interviewed by the labour department on the said date.

We had doubts on the site inspection and that is why we wrote a letter to the department on Jan 2.

Subsequently, we received a report from two of our members who were interviewed by four department officers on Jan 6 without the presence of any worksite union representatives.

Firstly, there were so many complaints from various departments, but they only met two members from one department. Finally, at the end of the interview, the officers told the members their complaints are not within their scope and it should be referred to the Industrial Relations Department.

Providing a suitable workplace, outsourcing, and lay-off are indeed within the scope of the Labour Department, so we are surprised that the ministry has taken a lackadaisical attitude on the workers’ grouses.

Certainly, in this context, we agree with Saravanan that Nube is totally unaware of the dealings between his ministry and HSBC.

Nube wrote again to the director-general of labour on Jan 12 to enquire as to why the department is washing its hands. Unfortunately, we are yet to receive any response to date.

The minister’s suggestion that we visit the director-general if we wanted details of his involvement is also puzzling.

The director-general has not responded to our letters dated Jan 2 and Jan 12. And it is preposterous to suggest that we seek a meeting during the movement control order as the standard operating procedure says we are not supposed to have face-to-face meetings.

As we are aware, the arbitrary outsourcing if carried out will destroy the livelihood of B40 and M40 workers and the minister has the sole power within the Section 2A of the EA 1955 to stop such kinds of abuses.

We urge the minister to refer to our last letter to him dated Nov 12, 2020, which will enlighten him to do justice for the B40 and M40 workers.

We urge the minister to carry out his fiduciary duties with equal passion be it for the sake of his political party, the government and the rakyat and stop treating unions wit arrogance as he is the minister in charge of all workers.

Nube is willing to assist him. We are not seeking any special favours here. We are merely asking for his indulgence to stop the bullying of workers.

If this is allowed to happen, the workers will be forced to conclude that the minister is a party to this unlawful act which will affect how the workers will vote in the next general election.

J SOLOMON is the general secretary of the National Union of Bank Employees (Nube).