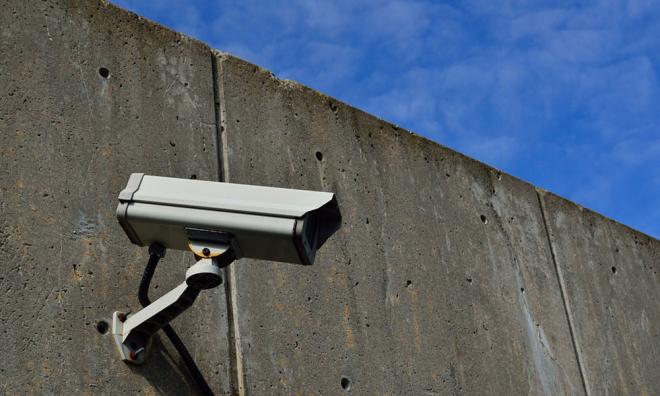 LETTER | CCTV recordings must be used for death in custody cases

LETTER | A review of body camera and CCTV footage would help prove the police's innocence in the murder/killing of Muhammad Afis Ahmad.

At 12.30am on Jan 28, Afis was found unconscious in the lockup of the Yan police headquarters in Kedah. He was then sent to the Yan Hospital. At 1.10am, fourty minutes later, he was pronounced dead.

He was arrested on Jan 27 under Section 379 and 170 of the Penal Code in connection with theft and impersonating a police officer.

Died due to blunt force trauma to the head

A post-mortem conducted the following day revealed that Afis had died due to blunt force trauma to the head.

In a report, Kedah police chief Hasanuddin Hassan said "during his arrest, the deceased put up a struggle which caused him to suffer injuries to the face, ear, and forehead."

Investigation not simply to clear police of wrongdoings

The police chief said the investigation was to determine whether there were elements of violence, negligence, or misconduct by police personnel as well as the possibility of injury during the arrest. Statements have been taken from 47 people.

Malaysians Against Death Penalty and Torture (Madpet) is of the opinion that a murder investigation ought to be conducted, noting that the cause of death was blunt force trauma to the head. If someone struck his head, and that ultimately caused the death, then the person could still be charged for murder or a related killing offence.

It must be pointed out, there is a possibility the blunt force trauma on the head that killed could have also been caused by some other parties - not the police. So, narrowly investigating only to ensure no police wrongdoing is just not right.

As such, it is essential that it be a murder or killing crime investigation under the penal code. If it was a police officer who caused it, then ensure that the perpetrator is charged in court just like everyone else, and not simply dealt with quietly through some internal disciplinary action.

There is the possibility of another crime, being section 304A of the penal code, for not getting a prompt inspection of the deceased by a medical professional - causing death by negligence.

After his arrest, there were obvious injuries to the head of Afis, and a relevant question was whether he was taken to the hospital for treatment and checkup, or examined by a doctor. If this was done, there is a possibility that he may still be alive today.

Immediate medical examination soon after an arrest will also prevent unfounded accusations of police violence post-arrest or whilst in police custody.

Investigations must be done by independent coroner, not police

In cases of death in police custody or death caused by police shooting, it is best that the investigations be conducted by the coroner or some other independent body.

The police investigating their fellow police officers, more so within the same police district or station, may lead to improper investigation and may not lead to justice.

We note that some earlier inquiries by the Enforcement Agency Integrity Commission (EAIC) into deaths in police custody has found police involvement in covering up the truth, including destroying and/or tampering with evidence.

In the case of Syed Mohd Azlan Syed Mohamed Nur, for example, it was reported that "the use of physical violence by police during arrest and questioning was the cause of Syed Mohd Azlan Syed Mohamed Nur’s 2014 death in custody... The EAIC, in that inquiry, also said 'its investigations found attempts to obscure evidence from the 25-year-old's interrogation'."

As such, as soon as a death happens in police custody or where police are suspected, the coroner, being usually a magistrate, who is not a police officer should lead the inquiry and/or investigation to reveal the truth and ensure that justice is done. Alternatively, it could be a Deputy Public Prosecutor or the EAIC.

In September 2019, the then prime minister Dr Mahathir Mohamad said the government was looking at equipping selected enforcement personnel with body cameras as part of its efforts to combat corruption and other alleged abuses of power.

In November 2020, in Parliament, the Home Minister of the current government, Hamzah Zainudin said the government will implement the proposal on the use of body cameras by police officers, amongst others to prevent the accusation and imputation brought against the security personnel while performing their duties.

In December, the Inspector-General of Police Abdul Hamid Bador said the police were in the process of acquiring body-worn cameras (BWC) to be used by officers, and also equipping all police cars with cameras.

If the body-cams, vehicle cameras, and CCTV with recording capacity are still not there, Madpet urges that it be made a priority, as this will certainly deter police from breaking the law or violating the rights of others.

Some Malaysian lock-ups do have CCTV, but alas when the recordings are needed as evidence for inquests, it is revealed that these CCTVs do not have recording capacity, or that they were not working at the time.

What is needed is CCTV, body cams, and cameras on police vehicles that have recording capacity, where the recording is stored safely to prevent tampering or deletion by any police officer or station.

In some jurisdictions like Hong Kong, for the last few decades, CCTV recordings are there from the point of arrest and throughout the suspect’s stay in police facilities, and lawyers of suspects are given CDs of these recordings on request.

Such good practice ensures there is no abuse or wrongdoing on the part of the police, that the law is complied with, and that the arrested are not denied any of their rights.

Malaysia yearns for a more trustworthy police force to restore and/or enhance public confidence in our police and the administration of criminal justice in Malaysia. We need police officers who will not hesitate to report, investigate, or even charge a fellow police officer if he/she commits a crime.