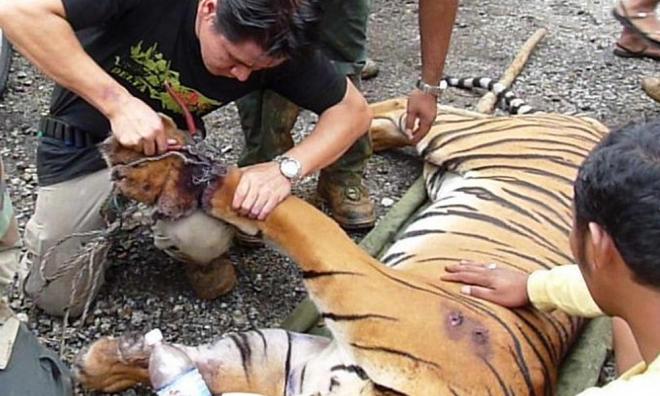 LETTER | Can Malaysia save a national symbol from poaching and trade?

LETTER | In early March Malaysia lost yet another wild tiger. Awang Rasau, as it was named, succumbed to the terrible damage inflicted by eight bullets, believed to be the work of poachers.

When there are so few left, every loss is an immense blow. Malaysia is thought to have less than 200 tigers left in the wild and Awang Rasau’s death means this national symbol has faded even further.

Malaysia’s forests reverberate with such losses; a tiger rescued from a snare along the Gerik-Jeli highway in 2009 that subsequently died, another rescued from the Bukit Kinta Forest Reserve in Perak with a snare wound in 2010, a dead tiger felled by four bullets, poison, spear wounds and snare injuries in the Bukit Tapah Forest Reserve also in 2010, and one more rescued from a snare in a plantation in a different Tapah plantation in 2016.

Most recently, in December 2020, police arrested a man with the carcass of a tiger and a leopard. The suspects’ modus operandi was reportedly the use of wire snares to trap the animals, before shooting them with a gun.

Although poor land use planning has long impacted species and habitats, these cases are a constant reminder that poachers are still targeting tigers and that illegal hunting and trade are still the primary threat to the species.

Despite stellar enforcement efforts by authorities in recent years, this case is clear indication that poachers are unrelenting, still determined, their eyes fixed on this critically endangered prize.

And since poachers and traffickers are not slowing down, neither should the effort to fight them.

At a national level, there must be a reckoning, a realisation that poaching is a serious and persistent threat that demands a game-changing and long-term response.

It’s a problem that needs an all-of-government response, not just intervention by already overstretched enforcement and environmental agencies. This means the leadership of the federal government, state governments, agencies at all levels than plan and manage land use or have any involvement in development in or near forested areas. They must provide an assurance that there is a clear plan to tackle illegal killing, trade and human-wildlife conflict.

There must also be a clear contribution from private and government-owned businesses with operations in or near tiger habitats. No one should be nonchalant about a problem we are all very much a part of.

Unfortunately, Awang Rasau’s death will not be the last of Malaysia’s imperilled wild tigers. It’s especially the case if the country continues to address the poaching and trafficking problem only with small, occasional boosts in the national budget for patrolling.

The pooling of enforcement resources through the Ops Bersepadu Khazanah has borne impressive results and the agencies involved have taken some very important and decisive steps to fight wildlife crime. But this ad hoc arrangement needs a permanent place within the government administration.

The fight against wildlife criminals is not going to be a quick one. How are the enforcement agencies involved expected to plan for the long haul without solid institutional and financial support?

And if not moved by conservation concern, at least take a more thorough approach to fighting poaching and illegal trade for public safety reasons. Injured tigers like Awang Rasau can become a danger to forest-fringe communities and the situation often plays into the hand of wily poachers. Riddled with bullets and with its movements severely restricted, this tiger had been reduced to going after livestock and had come into close contact with people.

Poachers and traffickers thrive on the fear this causes the public and use it to convince them that the best thing to do is call someone who will shoot the tiger and ‘resolve’ the problem speedily.

Something must change soon and significantly in the way Malaysia views and treats tiger poaching and trade or this will be the generation responsible for the loss of its national symbol.