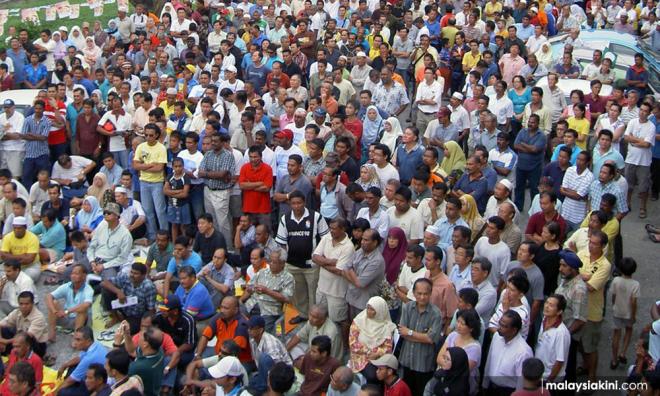 LETTER | Curb racism before it transcends into extremism

LETTER | The surge of racism has created grave concerns in our nation today. Unchecked racism could potentially spark extremism. Extremists reject universal human rights, have no empathy for the rights and content of other people – that is people other than their own. They reject diversity and pluralism.

The March 22 10th national conference on 'Racism Sparks Extremism' organised by Pusat Komas examined these factors in detail by examining the current realities on the ground.

Speakers on the session – “Staying Separate, Fomenting Suspicion – A Fractured Nation” which include Jerald Joseph, commissioner of Suhakam, Rozana Isa, executive director of Sisters in Islam and founder of Pusaka, Eddin Khoo shared that multi-ethnicism should not be a barrier to inclusivity as the presence of minorities in every country are a lived reality and they should not be treated in a second-tier system in the country.

The issues of racism could be attributed to the intertwining of narratives, issues and expectations where clear calls are made for all ethnic groups to stay within the parameters set by the dominant majority. Therefore, there is a need for us to be thoroughly invasive of each other’s spaces to break down these constructions of racial identities and purity that are not actually ours.

The subsequent session “Growing Racism Enables Extremism” showed the dangers of the growth of extremism that has grown by seeping in through the shadows of racial and religious politics under the umbrella of equality.

Speakers DCP Normah Ishak, principal assistant director of the Counter-Terrorism Division of the Special Branch Bukit Aman; Dina Zaman, co-founder of Iman Research and Thomas K Samuel, regional consultant for terrorism prevention with the UN Office of Drugs and Crime highlighted that the Quran underscored the non-discriminatory stance of Islam in addressing the issue of extremism, where there is a need to celebrate ethnic diversity and uphold justice before one’s own interest.

The perceived fear of losing one’s own identity and the perceived failure of the government to defend the Malays have contributed to the rise of racial and religious pushback against the state.

Hence, it is essential to use non-violence as a strategy to address grievances and to show kindness to one who perceives us as the enemy, in order to recognise past hurts and to ultimately reach reconciliation.

In moving forward, some succinct recommendations from the conference were:

1. The government should lead initiatives on widespread public and social awareness education through mass campaigns, public information and especially through the formal education system in order to educate, promote and instil consciousness to eradicate racism and discrimination at all levels of Malaysian society, including all segments of the civil service.

2. The government must be willing to impose legal sanctions (in line with international human rights norms) on any government ministers, senior officers, elected representatives, organisations and groups, individuals, politicians, mass and social media groups that exhibit, racist and discriminatory tendencies in speech and actions.

3. All persons of leadership both formally and informally must have a responsibility to denounce and call-out racist behaviours and actions. There is also a need to depoliticise the discourse on diversity, ethnicity and religion.

5. The government should establish a Commission Against Racism with specific tribunal powers to mediate complaints of racism and racial discrimination.