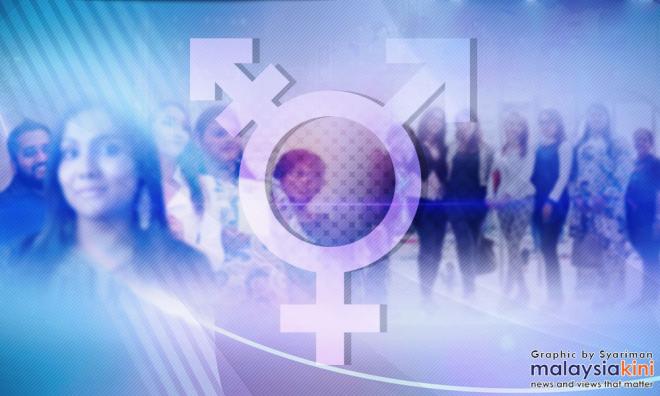 LETTER | Transgender Day of Visibility - think about the invisible

Whereas the latter is the day we bring attention to trans lives lost that year, the former is the day we celebrate the simple success of transgender people living their authentic lives.

Honestly, I can’t think of any lower bar there is to have a “day” named after it.

Hari Pahlawan honours the sacrifices of our armed forces, past and present. International Women’s Day honours the women who have done so much but get so little acknowledgement. Father's and Mother's Days ask us to cherish our parents who have given so much of themselves to raise us.

Transgender Day of Visibility simply celebrates the fact that we are still alive, albeit with a small pre-condition: In addition to being alive, we need to be living as ourselves.

(Except maybe Taco Day. But that requires us to drive to Cyberjaya, which is a form of sacrifice to some people as well.)

One might argue that visibility is a rather weird concept. Why does one need to bring visibility to something that is already so apparent?

We all know about Nur Sajat. Some of us are addicted to Safiey Illias’s glamorous lifestyle as portrayed on Instagram. A precious few of us hear about the uphill task faced by Nisha Ayub and Dorian Wilde in their attempts to advocate for basic human rights for transgender people.

Some, like the occasional transwoman working as a make-up artist or the transman eking out a life in sales, are “seen”, but go unnoticed in the grander scheme of things. They deserve visibility as well – an acknowledgement of the trials and tribulations they face, simply for the chance to be their authentic selves.

Those are the lucky ones.

Many more are not even allowed to be “seen”. Whether forced to do so by family or just to get a job – they need to be invisible. Becoming visible means being rejected by the people closest to them, being fired regardless of their work ethic, qualifications and abilities, and constantly paranoid that “somebody will find out”.

Every single moment being invisible – they lose a little bit of their soul.

Until the day comes when there’s nothing left to lose.

Which is why the rates of suicide, depression and other mental health disorders are sky-high among transgender people forced to suppress themselves.

Which is why “out” transgender people who receive gender-affirming care and support end up being completely fine.

Don’t get me wrong - this letter isn’t meant to ask you to support transgender people. If you already do, that’s awesome – but it’s likely that you don’t even personally know a transgender person.

The purpose of this letter, written for this Transgender Day of Visibility, is to ask everybody to take a good look at the transgender people around you.

But don’t just judgementally squint to see what you want to see.

Allow your eyes and mind to open to see who they really are. To realise that they’re fellow human beings with dreams, failings, ambitions and aspirations. What you find out might surprise you.