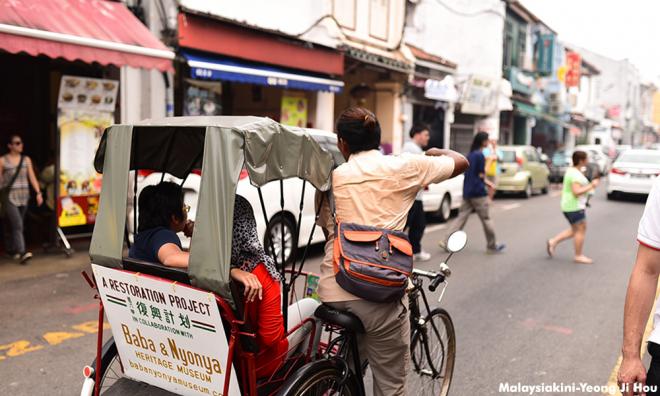 LETTER | Recently, Deputy Domestic Trade and Consumer Affairs Minister Rosol Wahid said the Tribunal for Consumer Claims is an alternative platform, as consumers not satisfied with any goods or services purchased may also seek redress at the civil court.

But consumers would have to pay lawyers to file civil suits with no guarantee of winning and also open themselves to countersuits, whereas the tribunal entertains claims from individual consumers only and not companies.

Hence, small claims courts have been set up in many countries around the world to avoid lengthy and expensive litigations. In Malaysia, this body's official name is Tribunal Tuntutan Pengguna Malaysia (TTPM), and consumers need to pay only RM5 to file a claim.

In 2019, the maximum amount claimable at TTPM was raised from RM25,000 to RM50,000. After a statement of claim and supporting papers are submitted and verified, the counter officer will issue documents for the claimant to keep and those to be served on the respondent.

The documents include details of the claim and officially notify the company to appear for hearing at the TTPM on the stated date, time and venue. It is akin to being summoned to court. Should the supplier failed to turn up, judgement is likely to be awarded to the consumer present.

Although disputing parties may seek legal advice prior to the hearing, they must appear in person at the tribunal and cannot be represented by a lawyer. As TTPM was set up to protect consumers, judgement is likely to be awarded in favour of the claimant if it is a 50:50 case.

But when claims are made against large businesses, consumers would have to argue their case against formidable opponents. Staff representing these corporations are usually legal experts but allowed at the hearing, as they do not hold any practising certificate from the Bar Council.

However, tables are turned when dissatisfied customers file claims against tour or travel agencies, as most of these firms are small and medium-sized enterprises. And many are micro-businesses employing only a handful of staff with minimal legal expertise.

But all are equally vulnerable when acting as an intermediary. Usually, there are no written agreements between a host of contracted service providers with their customers on a tour. Sadly, travel agents suffer a double whammy whenever something goes wrong, and the risks are many.

About the only training many travel agents received was when attending the Travel and Tours Enhancement Course (TTEC) to obtain the certificate needed to renew their tour operating and travel agency business licences with the Ministry of Tourism, Arts and Culture (Motac).

One of the five units in TTEC is "Tourism law and best practices", and one of the presentation slides is dedicated to the Consumer Protection Act 1999. Here, trainers may jokingly tell participants that they are being trained to become a "loyar buruk" or an "unqualified" lawyer.

This would serve them well in the event of a showdown at TTPM. But more importantly, they learned the importance of avoiding a hearing at the tribunal by seeking a compromise with customers, even when they think they are absolutely right, and customers totally wrong.

This is because winning a case at TTPM, or in a civil court, would be more of a pyrrhic victory. It would have saved more time and money reaching a compromise with customers. Moreover, the same efforts used for a successful defence could be better spent on more productive pursuits.

While conducting training, I would ask, "is the customer always right?". Some would say yes, some no, while the silent majority unsure or unable to express themselves. I would then point out that since no one can be perfect, then no customer can always be right.

But if a particular customer is valued, he should be treated as if he is right even when he is in the wrong and feeling outraged. We ought to bear in mind that even the most intelligent person may not be able to think logically when overpowered by anger.

Always treating customers with respect and ensuring they do not lose face in any unpleasant incident is sure to pay dividends in the long run. On the other hand, there are bound .to be some customers in any organisation that are not worth keeping, but they should never be slighted.

TTEC is meant to train travel agents to comply with various laws, safeguard their interests with binding contracts, adopt best practices in the travel industry; ensure the safety and security of tourists and to practise responsible tourism, plus briefings by Motac and Tourism Malaysia.

However, there is one sticking point in the Consumer Protection Act 1999 that ought to be amended, and that is allowing up to three years for claims to be lodged. Granted, three weeks after a tour may be too short a time to file a complaint, but three months is more than enough.

Three years may be applicable in one or two odd cases among all goods and services, but it should not be applied across the board and ought to be amended to three months. For tour companies, it is most unfair that they must keep customers happy for three years after a tour.

Normally, members of a tour group would feel elated upon returning home after an enjoyable tour, but such euphoria would subside after a while and totally depleted in a year or two until it becomes a distant memory.

Should a member of a tour group talked about an overseas trip more than two years ago, he or she could easily be brainwashed by a jealous friend or relative who may claim to have paid much less for a similar tour. The message is to get some refund for the amount overpaid.

It is almost certain that this tour member will not be entertained by the tour company and brushed off by the staff. Feeling dejected, he or she files a claim at TTPM and until the hearing, staff of the tour company may experience sleepless nights preparing to defend the case.