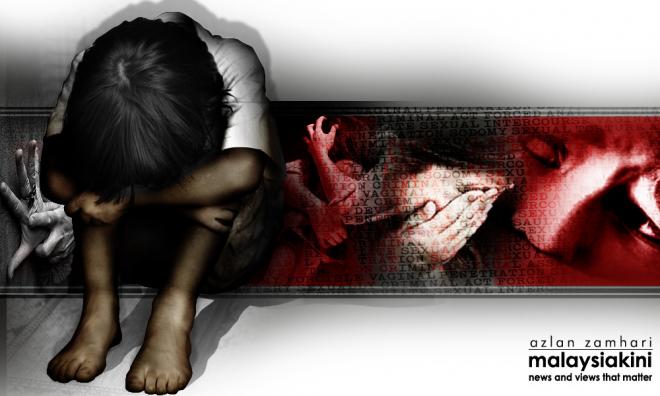 LETTER | For those of us glued to our phone screens throughout lockdown, there is no avoiding the recent influx of reports regarding sexual harassment in government schools.

What began as anecdotal catharsis on social media has revealed itself to be highly systematic - children continue to be groped, bullied, raped and marginalised because the Malaysian school system enables such behaviour in its adults.

The prevalence of these testimonies must be addressed. Regardless of whether or not you are a parent, society owes its protection and guidance to children. We have allowed this to happen on a mass scale, although it can’t be ignored that the Malaysian government has not (at the time of writing) announced policy changes to curtail this culture of paedophilia.

I attended state schools for eleven years and my elementary school could best be described as unsafe for children. Every year there would be a scandal or rumours about a teacher who has touched/stripped a child for sexual gratification. One of these male teachers was caught during my time at the school.

As ‘punishment’ he was transferred to a more rural school where I can only assume he had a freer hand to molest young kids. This faux reprimand isn’t new - it is seen in the Roman Catholic Church where paedophile priests were moved to different churches or areas when caught, instead of being appropriately punished.

It should offend our sensibilities when a single child is violated. The sheer volume of similar stories now being shared on social media should motivate us to loudly demand change from both the Ministry of Education and the Ministry of Women, Family, and Community Development (KPWKM). This should be a subject that can make or break a vote in an election - our kids are in very real danger.

As a child, I was exposed to reading material that allowed me to understand the danger of growing up in an unsafe environment. Most children do not understand the gravity of these situations; they are innocent and dependent on the adults around them.

By children, of course, we include any child of school-going age. Violating a teenager is equally serious. Teens are still experiencing puberty, they are still developing. To traumatise them during their development can cause dire repercussions later on in life.

These testimonials of harassment illuminate another issue with our education system. Where do the children of the elite go to school? Private and 'controlled' state institutions are likely to be safe for students who can rely on their voices to be heard through the paid fees or positions of their parents.

Realistically speaking, can we expect the elite to advocate for real change if they are barely affected? In truth, it ought to be mandatory for the children of the elite to attend the same government-funded institutions as their public. In doing so, they are given the incentive to make all schools safer.

Many scandals have rocked Malaysian headlines in recent years but I want to believe that the blatant rape and violation of our children will move people to demand direct change. We require harsher punishments for sex offenders, education campaigns, as well as political inducement to equalise the system.

It is important for us to realise the error of supporting a political party that pushes minors into dangerous situations at the cost of protecting their own kids. Children cannot vote or march in protest, all they can do is yell into the void of social media.

We owe it to them to listen to their cries for help. They will form the future generation and the cycle of violence must be broken so that we may heal as one community.