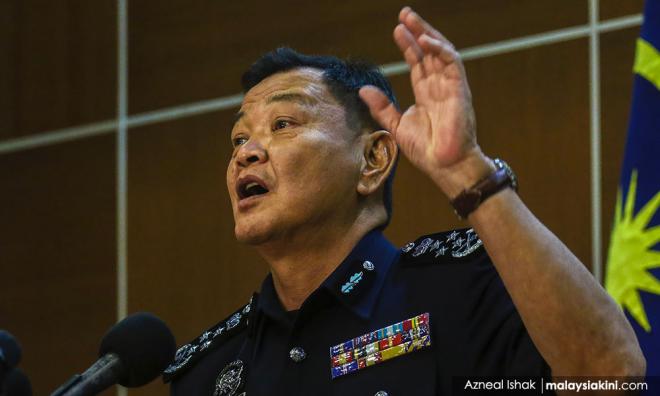 LETTER | Thank you, Abdul Hamid - the gentleman and an officer

LETTER | The outgoing Inspector-General of Police (IGP) Abdul Hamid Bador, the country's number one policeman, who had 42 years of service with the police force, has publicly stated that there was interference from a senior member of the cabinet in the appointments of senior police members.

All these allegations were made while Malaysia is still governed under the cloak of an emergency with a silent Parliament, which, in normal circumstances, would have prevented an IGP from being “retired”. I hold this view because of the existence of Section 15 of the Police Act 1967 which prevents the retirement or resignation of police officers during an emergency.

Right-thinking Malaysians would ask: “why would such a ‘legal provision’ exist to prevent movement of senior police members during an ‘emergency’ ?”

A logical conclusion with an educated guess would be to prevent a potential “coup”, or maybe maintain some semblance of an accountable government while Parliament and elections are suspended, or provide some sort of temporary security of tenure while the country is at war with seen or unseen enemies, or perhaps all of the above. The context in which this deduction is made is in appreciating the history of how the Police Act 1967 came to be.

A sociologically advanced country would have seen level-headed politicians and press practitioners in unison calling for a Royal Commission of Inquiry immediately to investigate in a transparent manner the allegation made by the IGP.

However, what we are witnessing is rather unbelievable, especially in the holy month. We are witnessing politicians calling Abdul Hamid a hypocrite and denying that Malaysia is suffering from systemic corruption. Some have even challenged him to enter into politics.

As an outsider and being a man on the street, I can only be thankful that Abdul Hamid is a gentleman who has served this nation loyally for 42 years without, legally or illegally, amassing wealth via his influence because if he was not, he would perhaps be silenced/censored by his own past indiscretions and termed by certain media practitioners as a “communist sympathiser”, an enemy of the Malays, a treasonous citizen of the nation and a disloyal subject of the king or perhaps all of the above.

All I can say at this juncture is, thank you Abdul Hamid for your service.