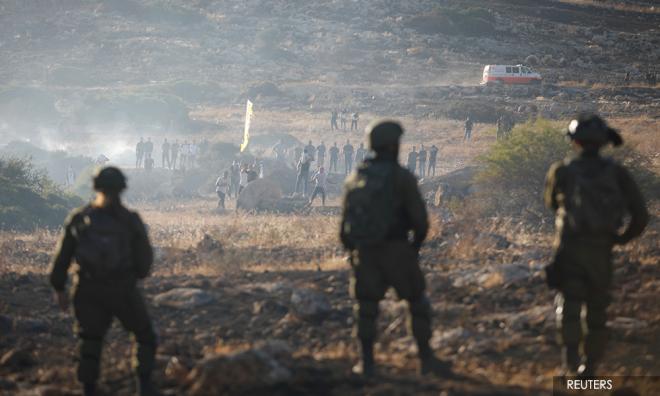 LETTER | How long can the world continue to be in denial?

LETTER | The world witnessed another series of crime against humanity in Palestine. It was as if the land had been cursed after the Crusades centuries ago, leaving never-ending bloodshed for people of different beliefs to coexist.

Middle Eastern geopolitics carries a complex relationship within the Muslim Brotherhood. Islamic activism and Arab nationalism did not necessarily come together as to be seen after an armistice concluded in 1949 between the newly founded State of Israel and its Arab neighbouring countries.

Eventually leaving the West Bank, including East Jerusalem, under Jordanian Hashemite rule while the Gaza Strip was put under Egyptian military administration.

The West Bank was eventually annexed to Jordan in 1950 and Jordanian citizenship was extended to its Palestinian inhabitants.

Suppression of Islamic activities was rampant under General Nassir of Egypt in the mid-fifties and then in the mid-sixties, on a cracked down of the Palestinian Muslim Brotherhood (Ikhwan). The timeline of the Palestinian uprising in a series of wars and the 1987 Intifada was never short of attempts for peace talks and ceasefire.

However, what the crisis lacked was strong political will and leadership from both sides to reach a solution.

Sheikh Yassin after the 1967 war once lamented the condition of Palestinians who had to succumb to the status quo of occupation as: “The people had no food. Day after day they started accepting the reality and decided to go back to their jobs. If only we had a good organisation then we would have organised ourselves and boycotted the occupation. But we had no organisation, there were no guarantees for the protection of the humans, and the people did not know what to do.”

Whenever the media changes the narrative to "conflicts" each time the Israeli government taunts and continue to commit atrocities against fellow Palestinians, they are endorsing an apartheid state.

The recent violence came in the lead-up to the “Jerusalem Day”, which Israel marks as its capture of East Jerusalem in the 1967 Arab-Israeli war.

For the record, Israel’s annexation of East Jerusalem is largely unrecognised internationally. The number of Palestinians struggled for decades to be heard and in the past, some may have resorted to an act of desperation deemed as terrorism internationally.

Perhaps it is unwise for outsiders to oversimplify the situation before accepting the chronology of events after the British government issued the Balfour Declaration to create a "Jewish state" without consulting inhabitants who were predominantly Palestinians.

The animosity between Israeli and Palestinians is not caused by religious differences but an act of political terror by pro-Zionists. The neighbouring Arab countries must come to the realisation that if they do not come together for the Palestinians, the region will continue to be destabilised making it fertile ground for militants.

Where do we draw the line to allow international intervention by sending forces to defend the victims of illegal occupation without challenging a nation’s sovereignty?

After World War 2, there seems to be a mutual effort for repatriation and reconciliation between warring nations. It was crucial to not repeat the mistakes of the Versailles Treaty post World War 1 which punished Germany and soon after planted the seed for "radical" nationalism as the nation suffered economically.

We speak of the Holocaust as a reminder of how people could resort to such atrocities when it was justified by a government - Nuremberg Laws - and yet we turn a blind eye for what the Israelis are doing.

The argument is never-ending because when there is no justice, there is no peace. Regional stability is not just a case for the Arabs and I find every nation that values what is just has the obligation to send its forces to protect the innocent.

It is not a one-sided call as the presence of peacekeepers will prevent any retaliation from both sides.

Arab leaders must learn to share their resources and work as a regional superpower. Peace treaties should not just benefit one nation over the other simply to avoid an uprising.

The Palestinian story is not a conflict but the oppression of an Arab society due to the ignorance and lack of cooperation to establish hegemony after the fall of the Ottoman Empire.

International intervention is justified to force a ceasefire from both sides and place everyone accountable for their actions.

We need to make our presence felt and take charge of the media narrative by becoming first-hand witnesses to the ongoing crime against humanity.

The writer is the Perak PKR chief.