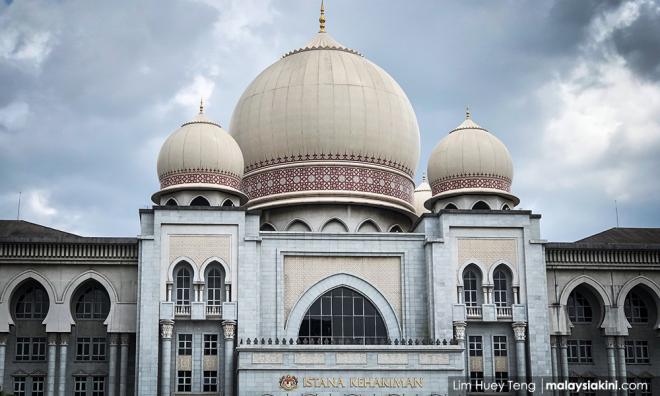 LETTER | Malaysians denied right to confer citizenship due to gender

LETTER | The Federal Court in a narrow majority (4-3) verdict denied citizenship rights on May 28 to a 10-year-old child born to a Malaysian father. Family Frontiers is deeply concerned with the child's wellbeing and the harrowing challenges ahead of him as a non-citizen child of a Malaysian parent.

The child was born overseas to a Malaysian father and a Filipino mother, who legally registered their marriage five months after his birth.

After an unsuccessful citizenship application under Article 15(A) of the Federal Constitution in 2012, the child and his father filed an originating summons in the High Court against the National Registration Department, the Home Affairs Ministry and the Malaysian government - for declarations to the effect that the child is a citizen by operation of law under Article 14(1)(b).

The ten-year-long battle resulted in the child being denied citizenship rights due to Section 17 of Part III of the Second Schedule of the Federal Constitution, where a person born outside of a legally recognised marriage shall automatically be accorded the citizenship of his/her mother. This is because the word “father” or “parent(s)” is to be interpreted as “mother” in the case of illegitimate children, which seemingly lacks regard to Article 8 of the Federal Constitution that prohibits discrimination on the basis of gender.

In her dissenting judgement (supported by two other judges), Chief Justice Tengku Maimun Tuan Mat was of the opinion that interpreting Section 17 as such had the “effect of discriminating against the (Malaysian) father of the person claiming to be entitled to citizenship by operation of law.” She stated, “the (Malaysian) fathers are essentially deemed non-existent and the fact of paternity is ignored.”

With regard to the child’s current citizenship, the Court of Appeal held that holding a Filipino passport deprives the child of Malaysian citizenship under Article 24. However, the court was said to have erred in law as the provisions only apply to those who are already citizens.

The lived reality is that children born overseas are forced to take on the foreign parent’s nationality, essentially as there is no provision made by Malaysian Overseas Missions to even provide these children with an Emergency Travel Document (Sijil Perakuan Cemas) to return to Malaysia and apply for Malaysian citizenship.

Furthermore, children born in a foreign land will require a legal status, either by way of a visa or citizenship, and Malaysian parents are left with no choice but to accept the non-Malaysian parent’s nationality for their child born overseas.

Family Frontiers views this judgment to be a lost opportunity for the court when it could have accorded justice to this child and his family. Awaiting for Parliament to amend the Federal Constitution to remove this discrimination is a challenging request when a two-third majority requirement of both Houses of Parliament is rather unforeseeable any time soon.

Rather, the child in such a situation rendered a non-citizen is now faced with barriers to access public education and healthcare, in addition to insecure family unity. He will have to apply annually to be admitted into the national school system on a student visa, where he also is ineligible for aid and health care programmes.

The judges in the majority decision suggested the child apply for citizenship under Article 15(2), which is a prolonged and untransparent process that in some cases has taken up to 16 years, and sometimes the child has passed the age of 21-years and is no longer eligible to apply under Article 15.

Between 2019 to 2020, the National Registration Department had received 14,477 applications for citizenship, where only 45 were successful and 13,741 were still being processed. For children who applied under Article 15(2), only 142 were successful between the years 2013 to 2019, with 4112 applications under process with a success rate of only three percent.

Reasons are not given for rejections. The plight of families for the 97 percent of children without a Malaysian legal identity is one of denial of rights.

There are no sustainable solutions being offered to protect these large numbers of children who are without citizenship. Additionally, these provisions that prohibit Malaysians from conferring their citizenship to their children could lead to an increased risk of statelessness.

It is, therefore, necessary to grant citizenship to every child whose either parent is Malaysian, whether born within Malaysia or outside, notwithstanding the marital status or gender of their Malaysian parent.

Proham: Amend Constitution to protect rights of innocent children
31 May 2021
Zuraida upset by court decision depriving child of citizenship
30 May 2021
‘A child does not choose to be born illegitimate’
29 May 2021
Boy born to Filipino mother and M’sian father loses appeal to get citizenship
28 May 2021
Govt appeals over suit seeking citizenship for overseas-born children
18 May 2021