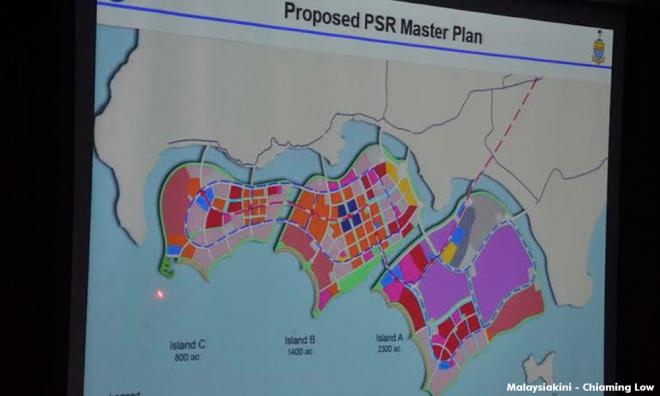 LETTER | The Agora Society would like to voice its support to Nurul Izzah’s 3-point objection to the Penang South Reclamation (PSR) project and show disapproval about the response given by the Penang state exco Zairil Khir Johari.

We commend Nurul Izzah’s stance on environmental justice and genuine care for the communities that the massive project would severely impact. Nurul is the elected representative for the parliament constituency Permatang Pauh, hence she has the responsibility of taking care of the social welfare and benefits of her people in Penang and, in fact, the whole of Malaysia.

So, the point Zairil made about his personal retirement plan is completely irrelevant, which cannot be the basis of any discussion of public policy. Nurul clearly has the mandate to voice out her legitimate concerns.

A project as huge as reclaiming 920ha or 2273 acres of land for artificial Island A under the PSR project, would definitely cause irreversible damage to Penang’s marine biology ecosystems, change the landscape and affect many livelihoods. Meanwhile, the economic benefit claims cited by Zairil are elusive at best under the current global and national economic climate.

Worst of all, the raison d'etre for the PSR has always been about funding the Penang Transport Master Plan (PTMP) projects. However, the PSR project has mutated to developers-led profit-seeking business activities, and hardly about the PTMP anymore. Why should we make the south coast fishermen communities the sacrificial lambs?

Instead, Zairil diverted the public attention to the PSR and talked about the economic benefits of attracting RM70 billion in FDI, creating 300,000 new jobs and stopping brain drain over a 30-year period. But has anyone pondered why for all these good things to happen, the state government must reclaim three artificial islands as large as 4500 acres in total under the PSR?

Can the state government tell the people what is the status of the 4525.9 acres of land under the Penang Development Corporation (PDC) in Batu Kawan? The connectivity of the Batu Kawan Industrial Park and the surrounding areas to the Penang International Airport is not a problem, as the site is just a Penang Second Bridge distance away, a bridge, which until today, is still very much underutilized.

If the reclamation is really about providing land for industrial development, there is still plenty of land available on the Seberang Perai side. Furthermore, the land cost is definitely much cheaper than the reclaimed island, without the need to sacrifice Mother Nature for development.

So the question is, why aren't those hopeful investors coming already for the land in Seberang Perai but the state government is now so sure about the land sale on the unbuilt artificial island in the distant future?

Given all the rhetoric about having a balanced development which includes Seberang Perai, why isn’t the Penang state government focused on bringing high skilled jobs and economic growth to Seberang Perai? By doing so, the state can also relieve the traffic situation in Penang Island and reduce vehicle gas emissions pollution. Doesn't that sound more like a ‘Cleaner, Greener Penang’ solution?

There is no need to talk about how smart and how green the artificial islands would be because the massive land reclamation phase to materialise these islands would have already damaged the coastal and marine biodiversity and created so much pollution and unaccounted greenhouse gas emissions.

If this is not ironic, then we should call it ‘greenwashing’. And please, stop using the consolation money offered to the fishermen folks to devalue their lives, lifestyle, lifetime skills and dignity.

Nurul Izzah as the MP on the Seberang Perai side is right to make her call. We, too, have an opinion: The PSR project should be scrapped. Serious doubts are already planted in many heads on whether this project truly benefits people in Penang and Malaysia or just a select few.