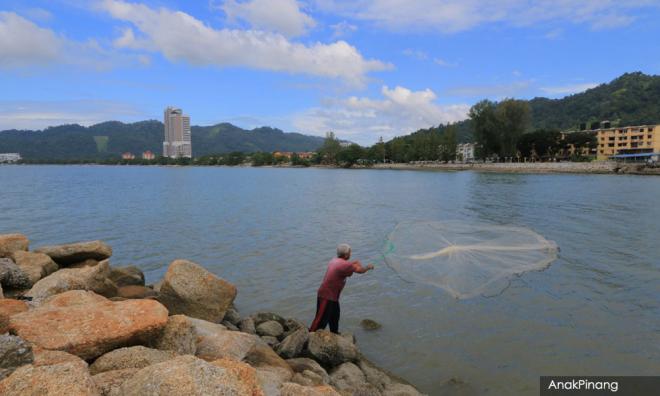 LETTER | We at AnakPinang are concerned over the statements made by several NGOs that are putting the livelihoods of Penangites at risk.

Their demand for the cancellation of the Penang South Reclamation (PSR) project is regrettable since that would in effect lead to the dismissal of existing jobs, affecting businesses, and eliminating thousands of potential jobs for the people in Penang.

As previously reported, the construction work of the PSR will generate 5,000 jobs in the immediate three-year period. This will provide significant monetary inflow for Penang’s economy.

AnakPinang welcomes this timely stimulus provided by the PSR especially when many Penangites are either retrenched, taking pay cuts or required to take no-pay leave during the present Covid-19 crisis.

In the past one-and-a-half years, we have seen the closure of the Equatorial Hotel, the "hibernation" of the Entopia Butterfly Farm and the offering of voluntary separation schemes in many Penang companies.

When many Penangites are struggling to make a living, these NGOs are adding salt to the wound by asking for the end of PSR project which will lead to more job terminations.

These anti-development NGOs and activists have a track record of lobbying for the cancellation of projects such as the redevelopment of the Penang International Sports Arena (Pisa) into the Spice Convention Centre and the building of the Escape Theme Park.

Right now, they are opposing the PSR and threatening the livelihood of all the employees who are working on the project.

Among the employees are young local graduates who do not need to leave their families in Penang to work in other states and local fishermen who can now have a stable monthly income and enjoy the benefits of a retirement fund – which they otherwise did not have – without risking their lives to work at sea.

The cancellation of the PSR would mean the termination of these jobs, which will be very unfortunate during the current pandemic crisis. The action of these NGOs is callous and cruel.

If they care for the wellbeing of the people working on the PSR project, these anti-PSR groups should stop lobbying for its termination which would further eliminate jobs in Penang and remove the benefits for the fishermen.

Furthermore, these anti-development groups always exaggerate the negative impact of the PSR project to mislead the public. For instance, they repeatedly claim that the implementation of PSR will threaten Penang’s food security – even though less than 20 percent of fishing boats work in the PSR area.

Therefore, we implore these anti-development NGOs to stop misleading the public with exaggerated claims to lobby for the project's cancellation that will lead to jobs elimination.

These groups’ alternative solution for PSR is to shift industrial development to Seberang Perai, claiming there is more land available there. This is factually wrong and can only be said by those who are ignorant of mainland geography.

But the fact is that there is not much land for industrial development in Seberang Perai. The state government’s effort to acquire more private land has led to legal entanglement with landowners with the latest case involving Sime Darby. Such matter may take years to settle while nothing can be done for development.

Those NGOs may believe they are offering an alternative solution to PSR when in reality, they are unrealistic and uninformed of the facts.

The NGOs’ environmental excuse to cancel PSR and shift development to the mainland is inconsistent as there will also be an environmental impact on Seberang Perai.

So those NGOs’ excuse for shifting industrial development to the mainland to avoid environmental impact is delusional.

The above is signed by AnakPinang members: