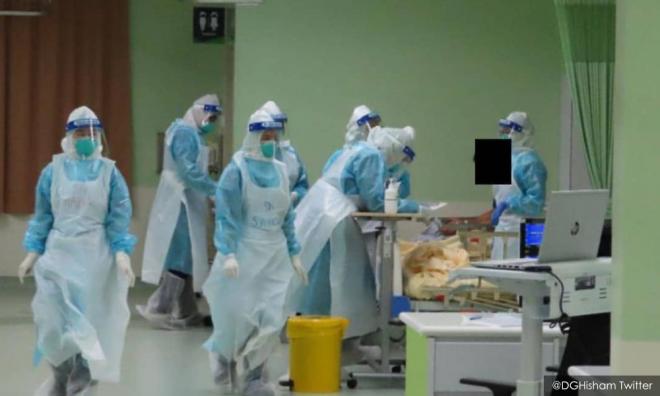 LETTER | Call for a royal commission on healthcare

LETTER | More than a year and a half after the first case of Covid-19 in Malaysia and with endless rounds of movement control order (MCO) of various forms plus multiple knee-jerk fire-fighting measures, it is clear that the Health Ministry is still struggling for a comprehensive solution.

The rakyat has faithfully delivered what was asked of them.

They have taken in stride, the toll, the pain and suffering of the hardship of the pandemic and its purported solution. Yet, we are constantly dismayed and disgusted to read and hear about how our politicians and leaders have failed to deliver their share of what is needed - stable leadership.

Instead, they seemed more engaged in their own political survival and happily dancing in and out of the country. They and their supporters display utter disregard for the rules and regulations which they themselves have set.

The national immunisation programme seems to be set with countless muddles, hurdles and supply issues and has not given the rakyat the assurance that the vaccine is indeed the silver bullet to end this misery.

The current industrial action (CodeBlack) by the junior doctors asking for a resolution to their contract problems with the MOH, signals the breaking of a healthcare system that was once proudly touted to be one of the best in the world.

It is clear that we have not learnt and have not taken action from all the many mistakes made in the past and present.

Instead, problems were swept aside and left unaddressed year after year from the overproduction of doctors to the long-standing issue of healthcare inequity.

We have become an example of how things could have been done in a better way.

Thus when put to the Covid-test, it cannot be denied that our healthcare system has failed, putting us now in the league of the worst-performing nations.

It is time again to support the call for a Royal Commission on Healthcare in Malaysia that was proposed in 2017 at the Tunku Abdul Rahman Putra Oration of the Academy of Medicine.

The oration has put on record the facts and figures (ironically sourced from MOH studies itself) to justify why only a royal commission was the way forward to seek holistic solutions for the future of Malaysian healthcare.

The advice seemed to have fallen on deaf ears.

Healthcare is a basic right of the rakyat. Having an equitable, effective and compassionate system is what is expected.

It must be the duty of the government to deliver this at all times especially so in a time of national calamity.

The writer is president of the Federation of Private Medical Practitioners’ Associations Malaysia.