Malaysia's top indie ban Pop Shuvit was among the big winners at the inaugural Independent Asian Music Awards (AVIMA) 2009 which was announced via a unique global web telecast yesterday. 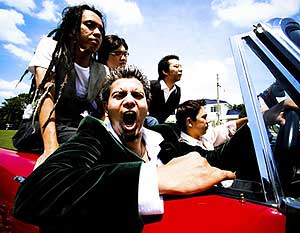 Pop Shuvit was part of a group collaboration entitled Project E.A.R and walked away with the prestigious Song of The Year and Best Rock Song categories for the remixed version of their song ‘Marabahaya'.

"It was such an open field, and in the end, there was really no clear cut winner of the night. It was amazing to witness indie acts like Motherjane from India take Best Rock act, yet, the Best Rock Vocalist went to Dia Hassan from UAE. 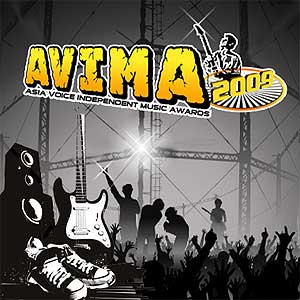 "And not surprisingly indie acts from Indonesia and the Philippines landed the highest number of AVIMAs, which we believe, boiled down to the fact that these are artistes who continue to evolve and innovate in the way that they approach and express their music." said Siva Chandran, founder of AVIMA 2009 and Managing Editor of Voize.my, the organizers of the award show.

In the true spirit of indie, the informal and zany awards show was showcased like no other, combining the reality TV show style of the Amazing Race and the countdown clock ala "24".

The awards show was beamed "live" via a studio from an undisclosed location and viewers from all over the world were able to watch the show via two live-stream sites courtesy of Pop Teevee and CGYnet from the Voize.my website.

"We wanted to do away with the formality of awards shows and decided to pit two adventure teams, using two cameras that captured their chase scenes through the streets of Kuala Lumpur, unearthing clues via celebrities who announced the winners while a clock challenges them to accomplish their task within 60 minutes. 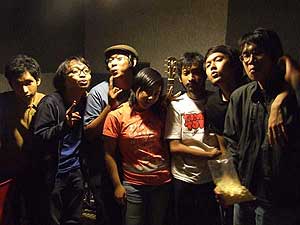 "It was a mammoth task coordinating and pulling this off in such a short time frame" said AVIMA co-founder M Tevan.

"We had audiences from more than 30 countries logged on to the awards show from all over Asia, Europe, Australia and USA and this clearly showed the interest that has been generated by this amazing awards platform.

"We have already been approached by parties in Europe and other Asian countries to help organize more independent music awards show of this nature." said the director of the awards show and AVIMA co-founder Premo

AVIMA 2009,organized by Voize.my, an Asian lifestyle & entertainment site has been dubbed the world's biggest indie music awards due to its support of 3000 indie acts from 16 Asian countries.

Song Of The Year

'Thank You For Existing Becoz Your Music Makes Each Day Worth Waking Up To', (Most Innovative and Inventive Indie Act)

3. Save our souls-Electrico (Singapore) (Bronze)

Funky Wah-Wah-Walking In The Moonlight (Thailand)

Best Song To Play At Camp Fire and To Do Away With Monday Morning Blues (for all songs acoustic, folk or mellow)

Armi Millare - Up dharma down (Philippines)

Sunshiny-Feelgood song of the year

Love is So Strange- Everybody loves Irene (Indonesia)

Genre Bending-Mindboggling-Out of this world Track!

Together again - Shaair and Func (India)

Best Album/EP Cover of The Year