A day after DAP disputed Abdul Hadi Awang's comments that Pakatan Rakyat has “reacted positively” to the formation of a unity government with Barisan Nasional, the PAS president has been given yet another slap in the face. 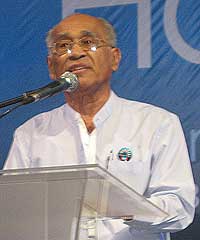 This time it came from PKR - the other PAS ally in the Pakatan opposition coalition.

“I wish to affirm that Pakatan Rakyat has not agreed with the unity government involving Umno, contrary to what appears to have been informed to the media by the PAS president...,” said PKR deputy president Syed Husin Ali ( left ) today.

“As far as I know, at no time has the Pakatan leadership council, of which I am a member, has endorsed the idea. In fact, the council has not even discussed it deeply, although many months ago Hadi offered an explanation when the matter was raised in a meeting of the council.”

Syed Husin stressed that he personally did not believe his party would “ever enter into any coalition with Umno, so long as it continues with the present undemocratic and corrupt policies and practices”.

PKR can never work with Najib

He stressed that it would be impossible for PKR to work with a party led Prime Minister Najib Abdul Razak, an individual whom Syed Husin dismissed as having “questionable character”. 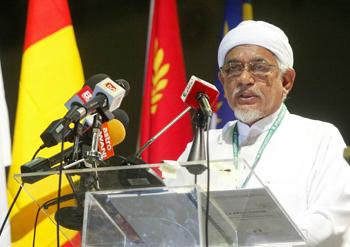 “Of course, we will continue to engage with positive elements – leaders and members alike – of all the parties in the BN government.”

Both leaders were commenting on the remarks made by Abdul Hadi to journalists at a press conference yesterday that both PKR and DAP have reacted positively to his suggestion to forming a unity government with BN.

The PAS president was making the remarks to defend his much-criticised stand in backing “unity talks” with key rival, Umno, for the sake of Islam.

When asked for his immediate reaction today, Abdul Hadi conceded that while Pakatan has yet to endorse the idea, he would not rule out that this could be acceptable later.

Read more like this :
#
Most Read
Most Commented
Most Recent