Borneo Post editor-in-chief M Rajah, when contacted, described Chan as a “top notch” journalist who would go all the way to compile the best reports. 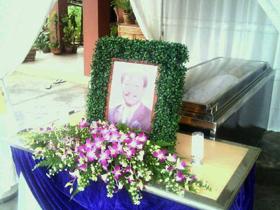 Apart from Malaysiakini , Chan had written for defunct regional magazine Asiaweek as well as a number of local publications and websites.

He was also Malaysian Mirror news portal's part-time correspondent for Sarawak and Sabah.

“We have been friends and colleagues for a very long time, he will be missed dearly,” Rajah told Sarawak Update blog.

Chan, who is survived by two children, was a correspondent for Malaysiakini for over nine years.

“He offered to contribute reports from Kuching in late 2000 - months after Malaysiakini was launched. Chan was the eyes and ears of Malaysiakini in Sarawak for nine years,” said editor-in-chief Steven Gan.

Gan said that, in addition to reporting on the topsy-turvy nature of Sarawak politics, Chan had written extensively on the natives’ struggle for land rights.

“We have lost a distinguished journalist who harboured great hopes for the future of his home state. He was excited by the political changes in the peninsula and was looking forward to covering the upcoming state elections.”

Another close friend, Toman Mamora, who is ex-group editor of Sarawak Tribune , said he was shocked and sad on hearing the news.

“SC Chan and many from his era are a rare breed today,” said Toman, who is now a communications and media research consultant. 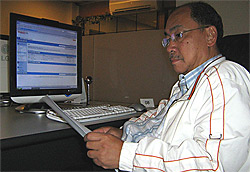 “Chan and I grew up in the old school of journalism, where the power of the word and the art of communicating the message were the hallmark of true-blue journalism,” Toman explained.

“Of course, we shared another passion: music. We jammed a lot together. SC, we’re going miss you a lot. Rest in peace."

“He was a great journalist for Sarawak and one of the pioneers of modern-day journalism in the state. He can be described as an unsung hero, having written extensively and passionately about many significant developments especially in the political arena in Sarawak’s recent history,” he said.

Azman said he had known Chan for more than four decades and that they would exchange notes whenever the opportunity arrive.

“Although most of the time I’ve been in Kuala Lumpur we kept in touch regularly. The last time we met was when I had breakfast with him and Leonard Linggi Jugah (Tun Jugah Foundation chairman) at a hotel in Kuching early this year. Condolences to his family,” he said.

Linggi described Chan as “one of the great journalists Sarawak has ever produced”.

“I have known him for 42 years and he was more than just a close friend,” he told Malaysiakini .

Linggi, a businessman and former state minister, has contributed to Chan’s medical expenses.

“I did it to help a friend, and I ended up losing a friend,” he lamented.

“He was optimistic about his operation (as) the doctors said he had a 90 percent chance (of recovery)...," she commented in a FaceBook posting.

"Anyway I am glad I met him at SPDP’s (Sarawak Progressive Democratic Party) press conference last Saturday and got to see him for the last time..."

Bernama Miri bureau chief Hamdan Ismail said he had lost a friend and a mentor.

“Sarawak lost another humble person. I learnt a lot from him as a journalist,” he said.

Chan's funeral will be held on Friday.