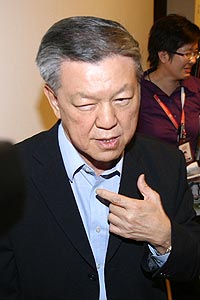 The official charge was that his extramarital sexual escapade - which was caught on film - had tarnished the image of the second largest component party in Barisan Nasional.

Unofficially. The sacking is related to the ongoing power tussle between the top two.

It is said that the disciplinary committee had initially proposed that the medical doctor be suspended for three years over his alleged gangrenous plots, but the president demanded an amputation.

Despite joking with reporters before the meeting that he would be hanged, sources said even Chua did not expect to be shown the exit when he arrived at the MCA headquarters for the presidential council meeting yesterday evening.

'Do or die battle'

However, sources claimed that Ong had no choice. He was a man under siege. 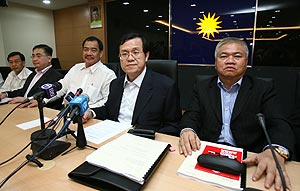 Following the latest RM10 million donation allegation by Sarawak tycoon-cum-politician Tiong King Sing, the situation had turned into a 'do or die battle' for the president.

Ong had claimed that his detractors outside were working hand in glove with an 'enemy within' to topple him. Both Tiong and Chua later denied that there was a pact or a conspiracy.

To make matters worse for the president, speculations are rife that Prime Minister Najib Abdul Razak is backing Chua as well. 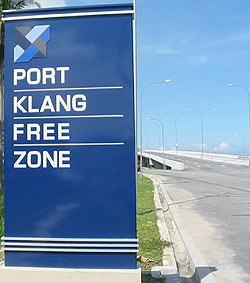 The BN chairperson had even appointed Chua as the coalition's coordinator, much to the chagrin of the president.

Najib is said to be unhappy with Ong's decision to spill the beans on the Port Klang Free Zone (PKFZ) scandal, which put the government in the spotlight.

Rumours are also swirling that Najib had urged Ong to reconsider his decision last night, but the MCA chieftain had been adamant.

According to sources, Najib is very cross.

The premier is expected to be bombarded with questions regarding this when he attends a function in Kuala Lumpur this afternoon.

Will there be an EGM?

The sacking also intensified speculations that Chua's faction will push for an Extraordinary General Meeting (EGM) to seek Ong's ouster.

It is said that Chua has been meeting up with the party's central committee delegates around the country over the past few weeks to prepare for the EGM.

Unlike former MCA vice-president Chua Jui Meng who joined PKR after failing to unseat Ong in last year's party elections, this Chua is not expected to do the same. 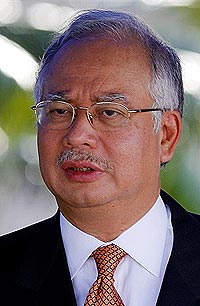 Instead, sources said being an 'influential party outsider', he can now go into full throttle to engineer the downfall of his nemesis.

Several divisions have already called for Ong to be suspended following the RM10 million scandal, and more are expected to join the bandwagon with the latest development.

With the prime minister said to be strongly behind his rival, the president's future appears to be in jeopardy.

But those who know Ong will testify that he is a hard-headed politician, whose fighting spirit is legendary, and would not go down without a fight.

Then again. Will Najib invoke the old formula of getting rid of both Ong and Chua?