Nearly 50 years after independence for Sarawak, we see a comparison with the ‘Highland Clearances’ in Scotland during the 18th century when the highlanders were driven off their lands for capitalistic sheep farming.

The English did it with brutality and thoroughness through “butcher” Lord Cumberland and even obliterated the ‘wild’ Celtic mode of life.

What we have seen in Sarawak recently has the same capitalist logic, namely, to drive the indigenous peoples out of their native customary lands so that these lands can be exploited for their commercial value and the indigenous people can be “freed” to become wage labourers. 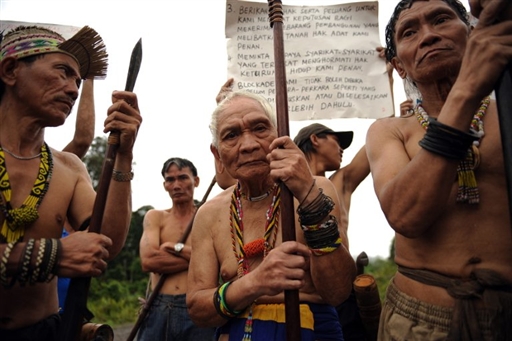 Thus, even though the accursed Bakun dam had been suspended in 1997 due to the financial crisis, the government still went ahead to displace 10,000 indigenous peoples to the Sungai Asap resettlement camp in 1998.

Well, there is a reason for this - the contract for the Sungai Asap camp had already been given out to a multinational company. After all, the whole Bakun area, which is the size of the island of Singapore and home to the indigenous peoples, had already been thoroughly logged...

All this happened while Dr Mahathir Mahathir was the prime minister. Wasn’t he a liability to the BN government then?

I was part of the fact-finding mission to Sungai Asap in 1999 and even then we could see the destruction of so many unique indigenous communities and their cultures, including the Ukit tribe.

There was only one word to describe what had been done to these indigenous peoples and their centuries-old cultures... wicked!

Banned from my own country

As a result of my concern for the indigenous peoples and the natural resources of Sarawak, I was told at Kuching airport in August 2007 that I could not enter Sarawak. So much for 1Malaysia! So much for national integration! So much for nearly 50 years of independence! I was not even welcome in my own country.

But the contracts for the resettlement scheme and the logging are chicken feed compared to the mega-bucks to be reaped from the mega-dams. Even before the Bakun dam ever got started, Malaysian taxpayers had to compensate dam builder Ekran Bhd and the other “stakeholders” close to RM1 billion in 1997.

How much does it cost to pay our ‘mata-mata’ (police) to investigate the alleged scandalous rape of our Penan women?

The contracts from building the Bakun dam and the undersea cable run in excess of RM20 billion. Malaysian taxpayers won’t know the final cost until they are told the cost overruns when the projects have been completed.

But if the Port Klang Free Zone (PKFZ) scandal is anything to go by, the leaks and non-accountability all along the line will result in Malaysian taxpayers paying billions for the same kind of daylight robbery. 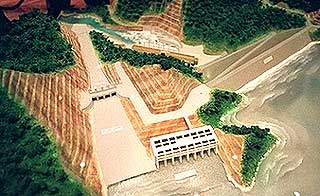 In the early 90s, when the government was trying to assure us that there would be no irresponsible logging in Sarawak, I pointed out in Parliament that if the government could not monitor the Bukit Sungai Putih permanent forest and wildlife reserve just 10 minutes from Kuala Lumpur, how did they expect us to believe they could monitor the forests in Bakun?

Likewise today, if the government cannot monitor a project in Port Klang just half an hour from Kuala Lumpur, how can they assure us that they can monitor a project deep in upriver Sarawak and through 650km of the South China Sea?

How can we be assured that we will get to the bottom of politically-linked scandals when the Sarawak police tell us they don’t have the resources to investigate the rape of Penan women and girls?

How can we be assured that the Sarawak state government cares about its indigenous peoples and its natural resources when NGO activists are banned from entering Sarawak to investigate a part of their own country?

It makes no economic sense

In 1980, the Bakun dam was proposed with a power generating capacity of 2,400MW even though the projected energy needs for the whole of Sarawak was only 200MW for 1990.

The project was thus coupled with the proposal to build the world’s longest (650km) undersea cable to transmit electricity to the peninsula. An aluminum smelter at Sarawak’s coastal town of Bintulu was also proposed to take up the surplus energy.

In 1986, the project was abandoned because of the economic recession although the then PM Mahathir announced just before the UN Conference on Environment and Development (Earth Summit) in Rio de Janeiro, Brazil that this was “proof of Malaysia’s commitment to the environment”.

So what happened to that commitment, Mahathir?

In 1993, with the upturn in the Malaysian economy, the government once again announced the revival of the Bakun dam project. To cushion the expected protests, then Energy Minister S Samy Vellu gave Parliament a poetic description of a “series of cascading dams” and not one large dam as had been originally proposed.

Before long, it was announced that the Bakun dam would be a massive 205-metre high concrete face rockfill dam - one of the highest dams of its kind in the world - and it would flood an area the size of Singapore island.

The undersea cable was again part of the project. There was also a plan for an aluminum plant, a pulp and paper plant, the world’s biggest steel plant and a high-tension and high-voltage wire industry.

Have feasibility studies been done to see if there will be adequate local, regional and international demand for all these products?

Six years later, after the economy was battered by the Asian Financial Crisis, the government again announced that the project would be resumed albeit on a smaller scale of 500MW capacity.

Before long in 2001, the 2,400MW scale was once again proposed although the submarine cable had been shelved. Today we read reports about the government and companies still contemplating this hare-brained undersea scheme which is now estimated to cost a whopping RM21 billion!

More mega-dams to be built

The recent announcement that the Sarawak government intends to build two more mega-dams in Sarawak apart from the ill-fated Bakun dam is cause for grave concern. 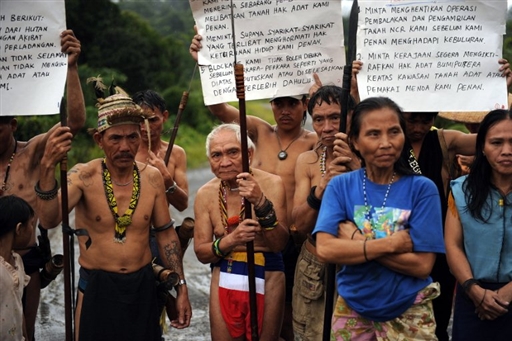 Apart from the human cost, ultimately it will be the Malaysian consumers who pay for this expensive figment of Sarawak Chief Minister Abdul Taib Mahmud’s wild imagination. Indeed, enough taxpayers’ money has been wasted - Sarawak Hidro has already spent some RM1.5 billion on the Bakun dam project. 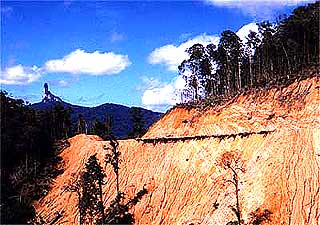 Right now, the country is being fed conflicting reports about energy demand. There is supposed to be a 43 percent oversupply of electricity capacity in peninsula Malaysia. Experienced Bakun dam watchers will tell you such conflicting and mutually contradictory assertions have been used by the dam proponents to justify every flip flop of this misconceived project.

Apart from the economic cost and the wastage, how are investors supposed to plan for the long-term and medium term? What is the long-term plan for Bakun? Can Bakun compete with the rest of the world or for that matter, Indonesia?

The suggestion for aluminum smelters to take up the bulk of Bakun electricity have been mentioned ever since the conception of the Bakun dam project because they are such a voracious consumer of energy. Even so, has there ever been any proper assessment of the market viability of such a project with the cheaper operating costs in China? 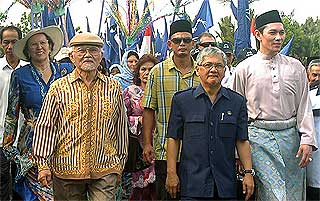 Does it matter that the co-owner of one of the smelters is none other than Cahaya Mata Sarawak (CMS) Bhd Group, a conglomerate controlled by Taib’s family business interest?

Clearly, Bakun energy and Sarawak’s tin-pot governance do not give confidence to investors. First it was Alcoa, and then Rio Tinto - both giant mining multinationals - had expressed second thoughts about investing in Sarawak.

Concerned NGOs have all along called for the abandonment of this monstrous Bakun dam project because it is economically ill-conceived, socially disruptive and environmentally disastrous.

The environmental destruction is evident many miles downstream since the whole Bakun area has been logged by those who have already been paid by Sarawak Hidro. 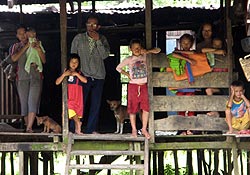 The social atrophy among the 10,000 displaced indigenous peoples at Sungai Asap resettlement scheme remains the wicked testimony of the Mahathir/Taib era. The empty promises and damned lives of the displaced peoples as forewarned by NGOs in 1999 have now been borne out.

The economic viability of the Bakun dam project has been in doubt from the beginning and the announcement to build two more dams merely reflects a cavalier disregard for the indigenous peoples, more desecration of Sarawak’s natural resources and a blatant affront to sustainable development.

When will Malaysians ever learn?

Dr KUA KIA SOONG is director of Suaram. He was member of parliament for Petaling Jaya from 1990 to 1995.