special report Last week, Deputy Foreign Affairs Minister A Kohilan Pillay told Parliament that the number of Malaysians who have given up citizenship this year has almost doubled that in 2008. Between March 2008 and August this year, 304,358 Malaysians have emigrated.

This does not come as a surprise to many - the shock lies in just who is leaving the country now and for what reason. 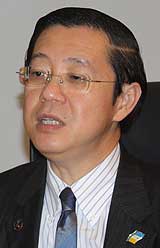 DAP secretary-general Lim Guan Eng (right) had previously brought up the brain-drain issue with the federal government, citing this as evidence that the New Economic Policy (NEP) has failed.

Even in 2007, Guan Eng had argued that the NEP has failed to address hardcore poverty. He said it only benefits a select group of people to the detriment of non-bumiputeras who then take their expertise elsewhere.

The NEP is no longer cited by non-bumiputera emigrants alone - increasingly, young Malays are contributing to the brain-drain because of the ‘backlash’ of the affirmative action policy.

“It is very depressing to be Malay now. Everything about the Malay identity is disappointing, because other races view us as helpless and incompetent... a sort of backlash from the NEP,” said potential emigrant Natasha Adnan.

The 25-year-old engineer, a top scorer throughout her student years, said that she is “50-50” about moving abroad. That will depend, she said, on whether she or her partner can secure a job abroad in the immediate future.

Natasha is part of what registered migration agent Robert Chelliah sees as a slight but rising trend of young Malays migrating. 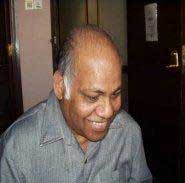 The agent, who has 30 years of experience, said this is in stark contrast to the situation five years ago, when it would have been very surprising if a Malay person walked into his office.

Chelliah (left) is quick to add that this is not necessarily because they are unhappy with conditions at home. Rather, he said it is a growing trend arising from increased mobility and the globalisation of labour markets.

“Young people today plan their lives wholesomely, and will move to places where they feel award them more life opportunities,” he said.

Indeed higher salary packages and job satisfaction are the reasons cited by Chelliah’s younger clients, regardless of ethnicity.

He said they tell him of a sense of “hopelessness and stagnation” and the existence of a “glass ceiling”.

Natasha agreed, saying that capable younger employees are bypassed due to emphasis on seniority and “saving face”.

An employee in a multinational company, she said a higher salary is a big pull factor, not so much for the money but for the feeling of being paid her worth.

This is a view shared by Malaysian Employers Federation executive director Shamsuddin Bardan, who told a Singapore daily last month that the key issue in the Malaysian brain drain conundrum remains the salary differential.

Centre for Policy Initiatives director Lim Teck Ghee said, however, the quantum of salary is just one of many factors for the exodus from Malaysia. 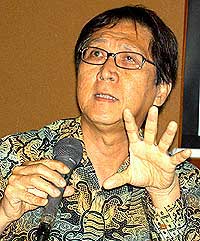 “Amongst these push factors are likely to be concern for their children's education and future, disillusionment with the country's main social and economic policies and a lack of faith in the institutions running the country like the police and the judiciary,” he said.

This is true in the case of younger families with whom Chelliah works, who tell him they are anxious about the education system, which they see as “constantly chopping and changing”.

Many also do not think that the Malaysian education system can secure their children’s future in an increasingly competitive global labour market.

Natasha conceded that her desire to move is more complex than just economics, as she is packing up partly because she no longer feels in control of her life.

“People don't expressly curb freedom, no one says it, but I am constantly aware of what I can or cannot do… I can’t hang out with a friend who happens to be male without inviting negative perceptions,” she said.

Interestingly, this is a push factor not only for Malay and Muslim emigrants. Even young non-Malays like Karen Tee, 28, attribute their decision to prevalent conservatism.

With a master’s degree in human resources, she has chosen to move to Australia mainly because it will provide her with more security, in terms of the low-crime rate.

“I like the fact that I can hail a cab at midnight and not worry about being raped or kidnapped,” said Tee, who has applied for permanent residency.

More than that, she said she appreciates “not feeling threatened” as her rights will always be secured, despite she will be part of a small minority in Australia.

Her parents too feel the lack of security, and are also growing anxious over what they perceive to be “increasing political instability”.

“My mother is considering moving the whole family to Australia because the future is very uncertain in Malaysia,” she said, supporting Chelliah’s claims that the number of middle-aged emigrants are also on the rise.

While the government appears to be aware of what Lim calls the “haemorrhaging of vital skills and talent”, attempts to retain talent have only reached limited success. 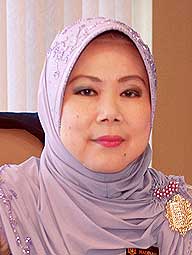 Technology and Innovation Ministry secretary-general Madinah Mohamad ( right ) said in a speech in June that government programmes in place since 1995 has thus far attracted only 1,286 Malaysian and foreign experts.

This is a small number when compared to the estimated 20,000 Malaysian researchers, scientists and engineers who are residing abroad, according to a 2008 study.

Among the reasons for these failed attempts, Teck Ghee said, is the lack of a holistic approach.

If the government is serious about curbing the brain-drain, he said, these “piecemeal solutions” should be assessed independently to determine their effectiveness.

The first step however, is to declassify data on migration, which is currently under the Official Secrets Act, to allow researchers to study why people are voting with their feet.

“It does not require rocket science to address some of the causative factors (of emigration) - only strong political leadership truly committed to an inclusive 1Malaysia concept,” he said.