In light of a possible by-election for the Batu parliamentary seat, Umno’s Batu division has wrested the Batu BN division chief post from Gerakan, spelling a possible end to Gerakan’s 22-year hold on the seat.

Batu is located in the Federal Territory of Kuala Lumpur. It has been contested by Gerakan candidates since its creation in 1986. 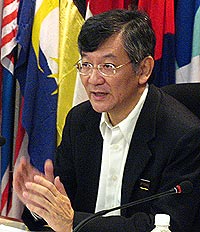 The post was held by Gerakan’s Ng Lip Yong (right ) who was Batu MP until the party lost the seat to Tian Chua from PKR in the 2008 general election.

The BN division chief had been left vacant till Yahya’s appointment.

The appointment had sparked strong dissatisfaction among the Batu Gerakan members. One member described the response as "extremely bad".

"At the division level, we cannot do anything. It is up to the party leadership to deal with it," he said on the condition of anonymity.

The division feared that they would lose the seat to Umno in the next election because the BN division chief is likely to be the candidate. With a possible by-election is on its way, their worries escalate.

Last October Tian Chua was sentenced to a RM3000 fine and six months' jail for biting a police constable. He will lose his parliament seat should he fail to appeal against the judgement.

The Batu BN division chief post was held by Gerakan, for the most part, until 2008.

"If there are houses burned down in the constituency, he can distribute funds from the welfare department. If the roads are bad, he can ask the public works department to tar the road."

He said that even if Gerakan is still given the chance to contest but another party manages the allocations and resources, this means more obstacles in reclaiming the seat.

Gerakan is given three parliamentary seats in Kuala Lumpur - Kepong, Segambut and Batu. Although all three seats fell into the hands of the opposition in the last general election, Gerakan still retains the BN division chief posts in Kepong and Segambut. 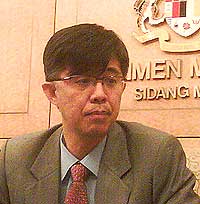 Tian Chua ( left ) believes PKR in Batu will not be threatened by BN fielding an Umno candidate in the next election.

"There will be more Chinese voters (who will) swing towards PKR and the Malay votes that flow back to Umno will be limited," he said.

However his division has not prepared for a by-election as a final decision on his criminal case will not be reached anytime in the near future, he added.

Meanwhile Gerakan did not foresee Umno reclaiming the seat because the Umno division had split into three factions.

According to Gerakan sources, Yahya defeated his opponent in the party divisional polls with a slim majority of three votes. This had split the division into two major factions and the third faction was comprised of younger members who were disgruntled with Yahya’s leadership.

Another factor that fuels the infighting is Kuala Lumpur Umno's senatorship. The tenure of one of two Umno senators from Kuala Lumpur had expired and a representative of Batu Umno division is likely to succeed the post.

Read more from this author :
Kuek Ser Kuang Keng
Read more like this :
#
Most Read
Most Commented
Most Recent