Top news website Malaysiakini was yesterday recognised as one of the country’s favourite brands at the inaugural Putra Brand Awards.

According to award host the Association of Accredited Advertising Agents Malaysia (4As), the Putra Brand Awards is unique as Malaysian consumers themselves are the judges.

A consumer research polling system involving 6,000 people helped select Malaysia’s most preferred brands across a spectrum of 18 categories with the top three brands in each category being honoured with a gold, silver and bronze ranking.

This is the largest consumer research sampling of its kind nationwide covering both East and West Malaysia. 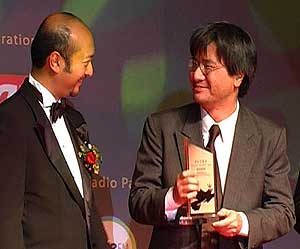 Malaysiakini won the bronze trophy in the ‘media and entertainment’ category. Other winners in the same category are TV3 (bronze), The Star and 8TV (silver), Astro and Google (gold).

4As president Vincent Lee said the selection was organised in association with Malaysia’s Most Valuable Brands (MMVB) Awards.

Recognition for NGOs too

“Malaysiakini celebrated its 10th anniversary recently. There couldn’t be a better birthday present for us than to walk away with this prestigious award,” said Gan. 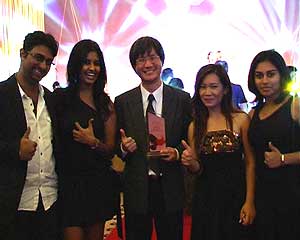 “Indeed, never in our wildest imagination did it occur to us that Malaysiakini will one day be considered one of the country’s most popular brands.”

Gan said the award was made possible by the many years of hard work and dedication from Malaysiakini’s team members as well as the loyal support from the website’s thousands of daily readers and subscribers.

Malaysiakini , launched in 1999 and available in four languages, delivers over 37 million page views and 750,000 video downloads per month to over 1.6 million absolute unique visitors.

The nation’s number one news portal has previously been recognised with awards from regional magazines Asiaweek and Business Week as well as the Vienna-based press freedom watchdog, the International Press Institute.

The Putra Brand Awards included a special merit award for community service where among those recognised are the Bar Council, National Human Rights Society (Hakam), Sisters in Islam and Women’s Aid Organisation (WAO). 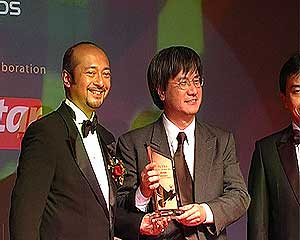 Mukhriz, in his keynote speech, quoted Stephen King - not the horror fiction author but an executive from London-based marketing communications firm WPP Group - who once described the difference between a product and a brand.