Never mind those who accuse emigrants of cowardice; packing up and leaving is an act of courage.

Starting from scratch in an alien environment requires not only financial investment but an enormous emotional outlay.

For abandoning one's country of birth is like gambling on one's future, armed with not much more than faith.

But what drives them away is whole list of discontent headed by loss of hope in the country's future as well as in political reform.

In response to the New Economic Model's focus on attracting talent back, Malaysiakini spoke to long time emigrants and young graduates who chose to cut their teeth abroad.

The following are their stories. We would love to hear yours. E-mail us at [email protected]

I was working for Bank Bumiputera and was sent to the New York office for six years.

After that I considered coming back but it was 1999 and there was the Asian Economic Crisis, uncertain times. 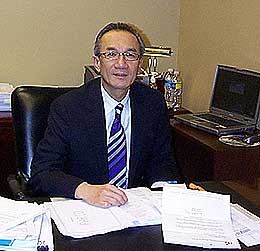 But looking back if it wasn't a time of crisis, I don't think I would have stayed (in Malaysia) either because I had my children's education to think of. Besides, I had a job waiting for me in the US.

There are more chances here to do what you want. I don't even have a degree, but I can get together with a group of investors, get a license and open a bank from scratch.

I would not have had this opportunity in Malaysia. Here if you follow procedure, no one can tell you ‘No'.

There is no need to go through red tape and seek political linkages.

Malaysia is not changing for the better, at the end of the day, it needs to open up.

Everyone needs to be on fair ground, there is need to recognise that everybody is Malaysian.

Here you don't have to be so preoccupied with who you are, whether you are Malay or Chinese or whatever.

Religion is another factor too, whereas here, when I go to the mosque I see people from all over the world, but everyone is considered the same.

You don't feel like a stranger. In Malaysia, Islam is seen as a religion for the Malay. (Farid is a Chinese Muslim)

If the government wants people to stay in the country they should do more than appeal to a sense of loyalty but tell these young people what they have on offer. Chart their progress.

Not just talk in sentimental terms about loyalty and such, when the infrastructure is not there, there is nothing to move forward to and nothing is opening up.

Young people are hungry for knowledge and opportunity, and if you don't give them that they will leave.

Edlina Razak, 34, Business Development Manager, Shanghai, China. Emigrated as a student in 1993 and has also lived in France and Hong Kong.

I don't see myself returning, at least not in the near future. My decision to go abroad was mainly because I felt the local universities were not up to the mark, and there I was at 17, wanting my freedom from family and society, and offered a scholarship to live in another country. 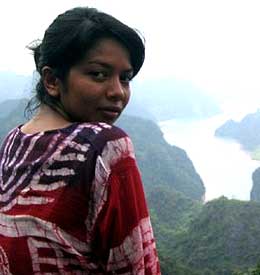 I remember driving home with some friends at night and some police officers stopped us and threatened to inform our parents that we were out late etc, basically cornering us for a bribe.

I remember thinking that I didn't want to live in this place full of corruption, so now I'm happy coming back for holidays, and not having to face (this kind of extortion) all the time.

It's hypocrisy, everyone going around behaving differently with different people. They have a liberal face for some people and another for others.

Some make the choice to face all that. I choose to live overseas so people will not judge me.

All of society is like this, look at Jawi (Federal Territory Islamic Department) or even the government.

Look at politics, with the sodomy trial. (Conservatism) is everywhere. I'm not sure if this is only the Muslim Malay experience.

Malaysians of other races and religion may face this too.

I wouldn't come back even if salary is higher in Malaysia because I feel I can live a better life even if my salary is smaller overseas.

But societies are not static, they evolve, so maybe with more expatriates coming in, with technology, etc, then Malaysian society will open up too.

When you live in a country that's not yours you feel less angry at the atrocities that happen, you feel somewhat removed.

But I suppose the longer you live in a place the greater the sense of belonging. I do feel frustrated with the censorship in China at times, now that I have been here for five years.

I chose to remain in Singapore because of its reputation as a hub for business and finance.

The volume of cross border work we get here and the quality and scale of such projects is what I looked for to enhance my skills in the field and give me more experience.

I don't think Malaysians are craving progress in the country. They are not hungry enough.

They are just comfortable and I want to be in an environment where I can improve. I want challenge.

We can criticise all we want, but at the end of the day, if the non-Malays always criticise Malay rights, that's not getting them anywhere, and likewise, if the Malays always think that they can get away with (demanding) special (privileges), that's not going to help either.

Jacqueline George, Accountant, 26, Brisbane, Australia . Moved in 2006 for tertiary studies, briefly relocated to Malaysia for one year and is now living in Australia indefinitely. 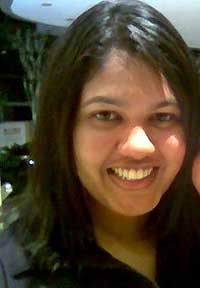 believe strongly that every generation should be better than the previous one.

My grandparents migrated from India for a life better than their parents and worked hard to give their children that.

My parents did the same for us, and I feel that if I had stayed in Malaysia, at most I could only equal what my parents have achieved.

I think if you break it all down, the basis of leaving is pretty much unhappiness, be it unhappy about how much you earn or what you can achieve, the lifestyle, level of security etc.

So the question rises, how do you attract an unhappy person back to the place that made them unhappy?

Khoo Gaik Cheng, 41, Lecturer at Australian National University, Canberra, Australia. Studied and worked in the US, Canada, Singapore and Australia since 1990.

I first left for studies and then it seemed natural to continue abroad as they practise equal opportunity and valued diversity in the universities.

Unlike in Malaysia, being a minority is valued. 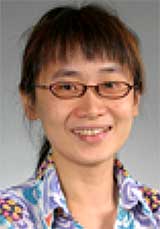 am always open to the possibility of returning because my research is on Malaysia, and I have strong feelings and ties to the place and people.

But I don't foresee relocating unless there are changes to the system.

Speaking solely on universities, I would like to see progressive thinkers, efficient and honest and uncorrupted people with clear long-term vision heading up various departments, schools, as deans and vice chancellors.

I would rather have this than Umno or BN-appointed people in these positions who have the party's interests at heart and not that of the university or the greater Malaysian society.

Today, people who move around for work take into consideration other factors (not just salary): the city/place and what it offers (cheap food, cheap labour,cost of living, air pollution index, green spaces for outdoor recreation, traffic or public transportation, crime rate, etc.).

We need to weigh all these factors against each other and to address them all, not only emphasise one point like higher wages.

In doing so, we need to compare ourselves with other cities or countries to see what we are up against.

Tomorrow: 'Why I chose to return to Malaysia'

Why I left Malaysia - we would love to hear your stories. E-mail us at [email protected]