When Rear Admiral (Rtd) K Thanabalasingam ascended to the position of the nation's first ever local chief of Navy, it would have never crossed his mind that his loyalty to the country would be questioned.

Having spearheaded the Navy's mission to protect Malaysia from numerous threats that arose in the 1960s-1970s period, the former naval chief spoke in disbelief at Defence Minister Zahid Hamid's recent statement that patriotism among non-Malays was "not strong enough" for being reluctant to sign up with the Armed Forces.

"I don't understand how such a statement came about... I've been through a lot, and I don't care who says it, it hurts me. I am a Malaysian born and bred, and I intend to die here,"  Thanabalasingam ( left ) said when contacted by Malaysiakini .

The 75-year-old veteran who retired in January 1977 after holding the top naval post for nine years and one month, stressed that there has never been a lack of patriotism among non-Malays in defending the nation from threats within, and without.

He recounted how they, along with their Malay brothers-in-arms, fought side-by-side regardless of whether they were in the navy, air force, army or police field force to push back the communist insurgency that spanned some three decades from the 1950s until it ended in 1989, and the perils they braved over the four years of the 1963-1966 Confrontation from Indonesia. 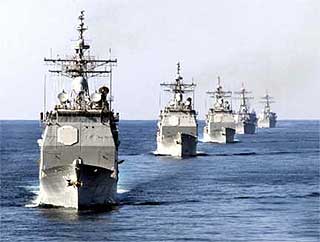 "Even during the Confrontation, there was a lot of action in the Singapore Straits and Malacca Straits.

"At that time, two of my officers were awarded  the PGB (Panglima Gagah Berani), which is the highest award for bravery, for blowing up KKOs (Indonesian Korps Komando Operasi) during an attack.

"Why were they awarded PGBs? Because of their bravery in the line of duty," he said in driving home his point.

Zahid's barking up the wrong tree

Goh, 65, said before anyone starts accusing non-Malays of being unwilling to serve the country in the military, the nation's leaders themselves should set an example if they insist on such talk.

"He's (Zahid) barking up the wrong tree... if you talk of patriotism, then I have one question; do any of our ministers have children in the Armed Forces?

"If not, then the same argument applies to them, so why only look at the Chinaman?

"I was shot at twice by communist terrorists in Betong at the Thai-Malaysia border. I nearly lost my life on more than one occasion, and I never chickened out. If anyone queries my patriotism, I get very angry," said the 35-year veteran.

All about being practical

Both men, however, agreed that the crux of the matter lies not in the loyalty of non-Malays to the country, but the challenge of surviving in the modern world. 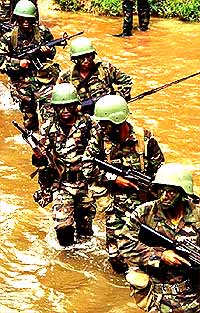 Thanabalasingam stressed that far from being an issue of patriotism, what concerns non-Malays when it comes to enlisting in the Armed Forces is their career prospects should they choose to lay their lives on the line for the country.

He pointed out that public perception of the armed forces is mired in the notion that non-Malays, more often than not, are left behind when it comes to career advancement.

"Today people are more interested in careers. Gone are the days when you just join and follow orders.

"People want to see what's in it for them, can they raise a family, educate their children... they want to be able to raise their family comfortably instead of having to struggle to make ends meet

"If the conditions are correct, they will join. It has to be proven that they have got a good future and prospects, and there is no discrimination in promotions or selection for senior defence posts or special courses overseas," he said.

Goh went so far as to say that the Armed Forces have done nothing to disprove the perception of race being a key factor for advancement.

"There is an element of truth, unless you say all the Chinese who join the Armed Forces are sub-standard. But this cannot be true, because there are many good people, but they leave because they do not see their career path being very bright."

'You must be Malay' 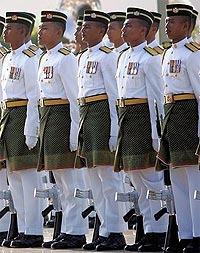 Goh, who earned his one star in 1997 - three years before retirement - blamed the low ratio of non-Malay soldiers on the current make-up of the Armed Forces, the bulk made up of the Royal Malay Regiment.

"Not a single non-Malay can be part of it. No Chinese, Indians, Ibans, or any other can join these regiments. You must be Malay.

"I can't say exactly how many regiments there are, but assuming that they take up around 50 percent of our forces, that only leaves 50 percent open to multi-racial (participation), and this would only be for the services and supporting arms," he said.

No matter what the situation, however, Thanabalasingam said he believes that Malaysians will stand up and be counted among the country's defenders when needed, regardless of race or creed.

"If we had a war today, I would volunteer to do whatever I can, even with my  condition with a walking stick... many would rally to the cause to defend the nation," he said.

Ex-servicemen have spoken. Your turn, Zahid

Malaysiakini would like to hear from ex-servicemen about their experience. If you have something to share, please email it to [email protected] .