COMMENT To understand politics in Sarawak, it is important to appreciate the centrality of local dynamics. Traditionally voters turn out in larger numbers for state elections than for the general election. 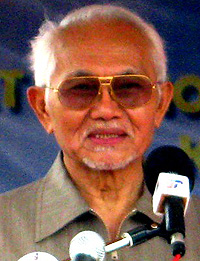 Despite the transformation of this contest into a national litmus test, local politics will continue to shape the results. While this contest is increasingly becoming a referendum on Chief Minister Abdul Taib Mahmud, this issue plays out very differently across the state.

The first major divide has been well-covered - the rural-urban divide. Of the 71 seats, less than 15 of these are in urban areas, and many of these seats, such as Dudong in Sibu, have semi-rural communities.

The focus of political rallies and energies has been centered in urban seats. Due to malapportionment (unequal distribution of voters per seat), these seats, like those in Peninsular Malaysia, have more than three times the number of voters in the rural seats, and point to the limited comparative political power of urban voters in Malaysia. 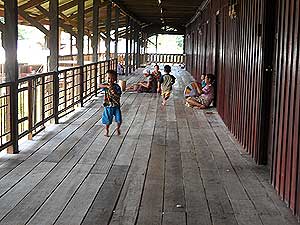 The rural seats comprise the overwhelming majority of seats, an estimated 45 out of 71 seats, with another six in more semi-rural areas such as Sarikei and Mukah (located between Kuching and Sibu). Unlike Sabah, much of Sarawak remains inaccessible, with high costs and time involved in reaching far-flung villages.

Many of the rural areas are traditionally apolitical and remain strongly in the BN camp. Sarawak lacks a rurally-grounded opposition party, such as PAS, in the rural heartland, and the machinery of the alternatives - PKR, Snap and PAS itself - is severely lacking despite real gains on the ground in this campaign.

Where change occurs in rural areas, it involves differences among those in the community (usually political disgruntlement with the choice of candidate) and anger over local land matters rather than a statewide political awakening.

This campaign there are two additional factors - the return of children working outside to vote as occurred in 2008 in Peninsular Malaysia, and persistent concerns among Christians about genuine freedom of religion.

The BN across Malaysia is relying more heavily on rural support and its ability to retain rural seats is a test of their hold on national power.

With the classification of ethnic groups in Sarawak ranging from 27 to 40, with over 45 different languages, everyone knows Sarawak is ethnically diverse. The MCIO (Malay-Chinese-Indian-Other) lens of racial politics has no relevance.

The main groups - Iban, Chinese, Malay/Melanau, Bidayuh, Dayak - are most known, but within each of these are very sharp differences. Iban is essentially an umbrella group for many communities, and its diversity (along with political divisions) helps explain the lack of political power.

Sarawak PKR Baru Bian, an Orang Ulu from the Lun Bawang, comes from one of the smallest groups, and he faces a challenge in winning over other Dayak communities, although as the opposition momentum grows, so will his support among other Iban communities who want a leader that will give them a stronger representation.

The Chinese are sharply identified along their respective heritage lines with contestation between Fu Chow, Teo Chew, Hakka, Hokkien and others. These factors play out in contests, as these communities remain geographically concentrated. Consider Miri, for example, where Hakka and Fu Chow contestation is sharp. The background of the local candidates reflects an appreciation of local ethnic affinity for political support.

Even the Malay community, which is usually incorrectly classified as one community, has important cleavages. There is the divide among those who have migrated from Peninuslar Malaysia, and there are regional outlooks that parallel the affinity with different states in Peninsular Malaysia.

The political orientation of different Malay communities makes a difference. For example, the strongest BN Malay support is arguably around Kuching given the hope among some that Abang Johari Abang Openg will possibly step into the seat of chief minister when Taib Mahmud steps down. One wonders how Taib Mahmud's statement of stepping down "in a few years" is received here.

Highlighting the diversity aims to illustrate that any assessment by community is inherently limited. What makes the assessment even more challenging is the relative isolation of ethnic communities in Sarawak, as many are quite segregated, unlike Sabah, for example. Despite the ethnic pluralism, contests along ethnic lines are deepening in Sarawak. 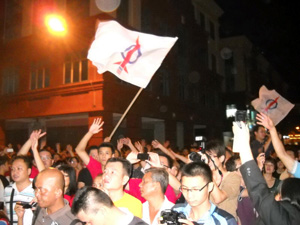 The SUPP is pitted against DAP/PKR for the fight of its life for Chinese support. It is losing this battle, although many of the seats, such as Kota Sentosa and Bawang Assan are extremely close. Part of the reason is that these seats are more mixed.

The main factor in these seats is Iban support. Many Ibans remain undecided as they lack confidence in both alternatives. They are often dismissed politically, given the view that they are swayed by financial incentives. But this does not capture the complexity for a community that has felt displaced politically and simultaneously is seeking better representation.

Snap's decision to contest in part reflects some of their uncertainty and angst. There is considerable frustration. In this contest, the opposition has the challenge of winning Dayak/Iban/Bidayuh support and will need to show that they can offer more meaningful benefits than election goodies.

These communities are increasingly undecided voters, and although many remain inaccessible logistically, they are crucial for urban and semi-rural seats.

The Malays, however, are more solidly in the BN camp for a variety of reasons - from loyalty to Taib Mahmud to concern with possible displacement of their political position and potential division within the community. Some are worried about the uncertainties, and many have yet to connect to Pakatan Rakyat. Yet, in some pockets, there is real disgruntlement and anger, especially over corruption. How much varies considerably.

All these groups are nevertheless Sarawakians and they care deeply about the state's future, and, as the campaign evolves, this is being intertwined with individual ethnic identities, with both sides using ethnic appeal to fish for votes.

There is another important socio-economic dynamic shaping political engagement in Sarawak - class. The middle class - shop owners, professionals, university graduates and entrepreneurs - have been moving more toward the opposition for some time. Even the upper middle-class are changing their allegiance. The reason is simple; they see themselves as hurting economically and dislike the concentration of wealth among the political elite.

For example, last night in Miri I met a number of Class A government contractors, all SUPP members, who noted that for the first time they will vote for the opposition. Thus it is not a coincidence that the opposition's chances are stronger in towns with larger groups of middle class - Kuching, Miri, Bintulu and Sibu.

The lower classes - those barely making a living at less than RM1,000 a month - are understandably easily swayed by financial incentives. The election "goodies" can be as much as a month's salary. For them, fighting poverty is the most important issue as many struggle daily to put food on the table for their family. 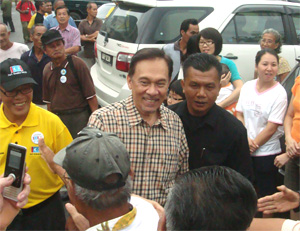 What is fascinating to watch is the expansion of the informal economy around the many ceramah as entrepreneurs sell beverages and snacks, with an excitement that is palpable. The activities show that they want opportunities and have yet to reach their potential. The BN's challenge is to convince these communities that they will improve conditions, while the opposition faces the issue of illustrating how they too can meet their needs.

For many poor, a voice is not want they want. They want tangible benefits that improve their quality of life and in opposition this is hard to address. The BN wins over most of these voters through financial rewards, offering temporary relieve for a persistent problem that it has not been adequately addressed.

From healthcare to wages, the conditions in most longhouses and impoverished kampongs remain shameful, and have gone on for far too long.

There is a special feature in Sarawak that shapes outcomes. It matters across Malaysia, but in Sarawak, given the small size of the population and extent of the illegal economy, its impact is greater. Smuggling and gambling come to mind, but the informal and illegal economy has grown. It has been a product of fewer opportunities in the formal economy, fewer jobs and inadequate wages.

Ever entrepreneurial, Sarawakians are adept at finding opportunities. Sadly, the rise of the black economy has brought with it rising crime. Crime has become a concern in places such as Bintulu and Kuching. It has been fed by economic inequalities. These interests have political ramifications. 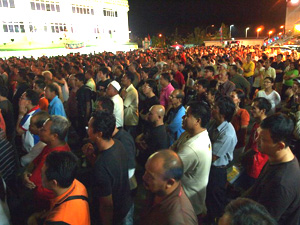 Gambling, for example, shaped the outcome in many a state election, such as Bukit Assek in 1996 and 2001. Towkays take advantage of these practices, using the vices to their advantage to sway outcomes. This election has become an opportunity to not only shape political power, but also make some money.

In an unprecedented about-face, in a pattern that has usually concentrated on individual opposition seats, odds are now being placed on how many seats respective BN parties will lose.

Gambling is less likely to have the same impact as before, but may sway seats in semi-rural areas. What is more important is whether the "black" interests on the ground feel a sense of security with change.

Given the profits involved, there is resistance and uncertainty, but increasingly more ambivalence and acceptance. People are looking at what will affect their interest and, as such, supporting accordingly.

As the national rhetoric and stakes increase, the ground is shifting. The impact of 2006 polls on 2008 was minimal compared to what happens on April 16 - whatever the result, it will shape the future of both BN and opposition alike.

Shifts in political support are happening unevenly - urban areas, middle-class voters, some frustrated Iban/Dayak/Bidayuh areas - across places and communities. They are happening in an unprecedented manner as voters are recognising that their votes can make a difference. There is a growing sense of empowerment. The ground continues to move in the opposition's favour overall, albeit very unevenly.

For individual voters, their socio-economic backgrounds and interests are paramount. Sarawakians, like most Malaysians, are pragmatic and vote - to use the word touted in the local newspapers although not necessarily with the same meaning - "wisely".

Yet, there is a growing different mood in this round, where Sarawakians are recognising that the national is the local; that national issues from the Bible controversy to corruption are affecting them and as such, these issues have greater salience.

Sarawak is taking its place in Malaysia's political history, local and national politics are converging, and this convergence makes for a very different and exciting campaign.

DR BRIDGET WELSH is associate professor of political science at Singapore Management University. She is in Sarawak to observe the state election. Welsh can be reached at [email protected]