Seven women will make their way to the Sarawak state legislative assembly after winning in the just concluded state election.

Fatimah, 54, won Dalat with a majority of 4,990 votes in a three-cornered fight. Fatimah, who is Parti Pesaka Bumiputera Bersatu Wanita deputy chief, was the only woman minister in the last cabinet. 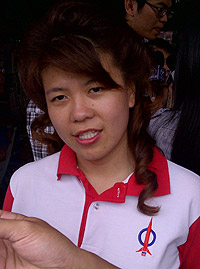 Semariang seat with a 5,431-vote majority in a straight fight against Zulrusdi Mohamad Hol of PKR.

Yong, 34, won against cardiologist Prof Dr Sim Kui Hian of BN in Pending with a majority of 7,595 votes while Ting, 30, defeated Ling Kie King of SUPP in a straight-fight.

Chiew, 27, a newcomer who holds a Masters degree in biochemistry, turned out to be a giant killer, beating Tan Joo Phoi, assistant minister in the chief minister's office.

Chiew, the youngest DAP candidate in the election, won the Batu Kawah seat with a majority of 543 votes.

Lau is a daughter of Chinese community leader and president of the United Chinese Association of Sibu, Lau Cheng Kiong. 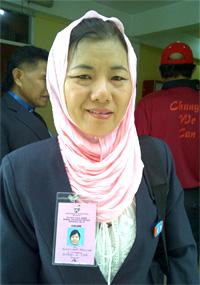 The party's two other women candidates, businesswoman Zolhaidah Suboh, 38, and Ibi Uding, 49, respectively lost in Lambir in a three-cornered fight and in Balai Ringin against five opponents.

The two PAS women candidates lost along with the other three contestants from the party.

Read more like this :
#
Most Read
Most Commented
Most Recent