The head of the Catholic Church for the Melaka-Johor diocese, reached in Bangkok where he is attending a meeting of the Federation of Asian Bishops’ Conference, said:

“I’ve been following the developments in Malaysia on the internet and would like to salute PAS for declining to be involved in the upcoming rally in Shah Alam on Saturday." 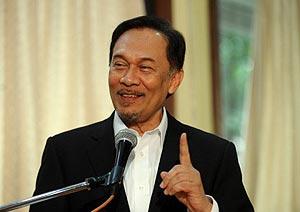 The Jesuit-trained prelate, who is concurrently president of the Catholic Bishops’ Conference of Malaysia, added that “further, I hail Anwar Ibrahim ( right ) for having the courage to state there is no threat of Christianisation of Muslims in Malaysia and salute Dr Chua Soi Lek for boldness in expressing the view that the rally would heighten tensions between Muslims and Christians and for that reason should be stopped.”

Bishop Paul said he was of the view that citizens wanting to gather together in a cause should not be prevented but “the Himpun rally appears headed towards stoking anti-Christian hysteria.”

“Judging from the campaign waged by some sections of the mainstream media and blogs, you would think Muslims in Malaysia in droves are being covertly converted to Christianity,” he said.

“This is only true in the fevered imagination of the Harussani Zakarias’ of this country and not anywhere else,” opined the bishop. 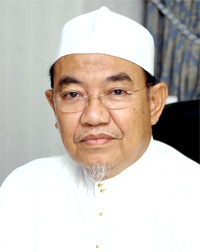 Harussani Zakaria ( left ) is the Perak mufti who has periodically raised the alarums about Christianisation of Muslims in Malaysia.

“In all the history of Muslim-Christian relations since independence, I have never seen a government so casual and so irresponsible as to allow the fabrications this man has visited on the general population go by with impunity,” lamented the prelate.

One of the speakers at the Himpunan Sejuta Umat this weekend is Harussani.

“Any government this duplicitous, this craven in the face of the obvious troublemakers is a government deserving of the electorate’s rejection,” he asserted.

PAS will not join anti-apostasy rally

PKR to follow PAS' lead in not joining Himpun rally

Selangor doesn't want to get involved in Saturday's rally

A sigh of relief from Pakatan

Read more from this author :
Terence Netto
Read more like this :
#religion
Most Read
Most Commented
Most Recent