US court documents claim that Kazakh national Daniyar Nazarbayev, who is engaged to Prime Minister Najib Abdul Razak's daughter, is a veteran swindler.

Court documents filed in the Manhattan Supreme Court claim that he conned his stepfather out of a US$20 million (RM62 million) condominium unit and gained entry to Columbia University using forged documents. 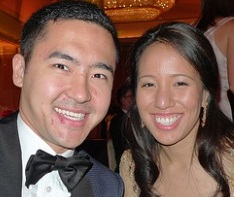 ccording to the New York Post today, court documents said Daniyar had forged documents to create the impression that he had graduated from a high school in Kazakhstan.

However, the newspaper's sources said, he went to a high school in Switzerland and did not complete his studies.

Columbia's records show that Daniyar is still on the alumni list and graduated in 2010. The New York Post reports that a Columbia spokersperson was contacted, but refused comment.

The court documents were filed by Bolat Nazarbayev, the brother of Kazakh president Nursultan Nazarbayev and formerly Daniyar's stepfather.

Bolat is accusing Daniyar, 24, and his mother Maira ( right ) of taking advantage of his trust to swindle him of a Plaza Hotel condominium unit and two other multimillion-dollar apartments on Wall Street.

"The suit says Daniyar was supposed to put the apartment in his stepdad’s name but added his mom’s. About eight months later, she sold it to Daniyar for $1, court papers say," New York Post reported.

The newspaper said the court documents also show that Daniyar's real family name should be Kesikbayev and not Nazarbayev. The latter reportedly carries influence in Kazakhstan.

It is alleged that Maira had legally changed Daniyar's family name after marrying Bolat in 2001.

The marriage was annulled after Bolat allegedly found out that Maira was wanted by the authorities for "crimes including kidnapping and extortion".

The New York Post said Bolat's lawyers have tried to locate Daniyar in five countries, including Malaysia, where he is engaged to Najib's daughter Nooryana Najwa.