"Why is currency speculator George Soros vilified as a rogue speculator, when the person responsible for the loss of RM5.7 billion (by Bank Negara Malaysia through foreign exchange trading) was given a promotion?" 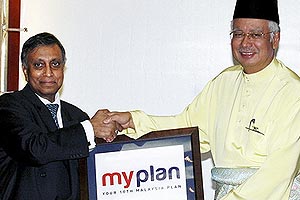 Pointing to BN-Tasek Gelugor MP Nor Mohamed Yakcop, Lim asked why the former had not been taken to task instead of being promoted now to a minister in the Prime Minister's Department.

He had said this in answering Guan Eng’s question on the actual losses suffered, the persons responsible and why no stern action was taken against those responsible.

Donald, however, did not say who was responsible for the losses and the actions taken.

“Going by the statements of top BNM officials then, the speculating by the rogue Malaysian traders was done through computers at several desks, to drive up certain currencies to rake in profits,” Guan Eng said.

Pressed on the matter of accountability, Donald dodged the question further by telling Guan Eng to instead ask PKR-Permatang Pauh MP Anwar Ibrahim, who was the finance minister at the time.

Citing the Hansard from 1993, Khairy added that Guan Eng’s father, Lim Kit Siang (DAP-Ipoh Timor) had then called for Anwar to take “ministerial responsibility” over the losses.

Given room to answer by the speaker Pandikar Amin Mulia, despite heckling from the MPs, Anwar said that he had instructed a stop to the trading. 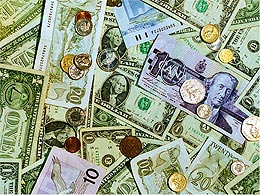 “There is nothing wrong with Ipoh Timor asking that question as he was seeking an explanation over something that was first denied.

“As finance minister, I had confirmed it and instructed the immediate halt of all forex trading,” he said.

He added that the forex trading started “before 1990”, and that the then-Bank Negara governor, the late Jaafar Hussein, said Nor Mohamed was given the go-ahead by then finance minister and prime minister at the time.

“Jaafar offered to resign with Nor Mohamed. But after I was jailed, Nor Mohamed was promoted to minister,” Anwar said.

Speaking to reporters at the Parliament lobby later, Anwar said that he had also instructed Nor Mohamed to resign and to relinquish all posts in the financial world, including those in private companies.

Nazri: Audit report to be tabled after budget