Eight things to know about the Sabah RCI

Some call it Project IC, some call it Project M, whatever the name, here is what we have learnt from the Royal Commission of Inquiry on Immigrants in Sabah, in particular, the covert operations that allowed foreigners to vote in the bid to topple the PBS-led Sabah government.

1. There were at least two such black operations

Sabah NRD officers were flown to Sabah to process some 40,000 to 100,000 blue identity cards for immigrants. This was necessary as at that time, the identity cards' details and signature were done by hand.

After the details had been written on the cards as per the application forms furnished to the officers, they were dispatched to the then NRD headquarters in Petaling Jaya to be laminated before being returned to Kota Kinabalu.

The officers testified that they did not question the application forms or their origin, but merely filled them up for the blue identity cards as they were. 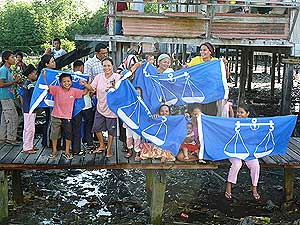 They claimed to have operated from Aziz Shamsudin's house in Kampung Pandan. Asli Sidup described being flown in to Kuala Lumpur for this as an "unusual practice".

Another officer, Kee Dzulkifly Kee Abdul Jalil - who had described the operation as 'G17' and locally based in the Sabah NRD headquarters in Kota Kinabalu - said they also issued some 200,000 birth certificates to immigrants.

This document is important for future application of blue identity cards. The operation was tagged G17 as it consisted of 17 members.

Head of operations Abdul Rauf Sani had confirmed the testimonies, but denied the use of the 'G17' name. He claimed to have acted alone.

All known personalities involved were eventually detained under the Internal Security Act (ISA) for at least two years.

The only exception was Abdul Rauf, who was detained under ISA for two months, followed by five months of restricted residence.

He is now the chief executive officer of the Totalisator Board of Malaysia under the Finance Ministry.

According to RCI testimonies, the Sabah EC furnished the state NRD with legitimate voter information, including names and identity card numbers of registered voters who had never voted before or are dead.

The NRD then issues an identity card receipt to immigrants using this information. 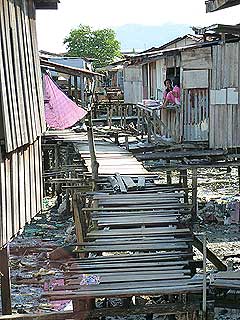 According to electoral rules, this receipt, an interim document given prior to the issuance of an actual blue identity card, is sufficient to allow a person to vote, and in this case, for immigrants to vote.

These ‘phantom voters' are then planted into marginal constituencies deemed as black zones for the BN, according to witness testimonies.

Also present at the meeting were NRD officer Asli Sidup and Osu Sukam, who went on to become Sabah chief minister in 1999.

2. Illegal granting of citizenship began as early as 1988

Even though two operations in the 1990s have been mentioned to have taken place during the course of the RCI hearing, witnesses who were beneficiaries of such citizenship-for-votes operations indicate that they began in the late 1980s.

One such case was that of Mohamed Hussein, a Pakistani citizen who arrived in Sabah in 1987 and offered a blue identity card the following year.

Almost all the immigrants-turned-citizens testified they registered as voters immediately after receiving their blue identity cards.

Puzzled at their unrivaled urge to vote even compared to natural citizens, civil society lawyers holding a watching brief at the RCI had grilled the witnesses, but all of them claim to have done so of their own volition.

They claimed to have personally gone to the state EC to register as voters.

4. National Security Council's fingerprints all over

The prime movers of at least two known operations, namely G17 and Ops Durian Buruk were formerly officers of the National Security Council (NSC) under the Prime Minister's Department.

Abdul Rauf Sani was transferred from the NSC in 1990 to helm Sabah NRD, the same time when G17 started.

In 1992, he returned to the NSC to work with its intelligence division.

Abdul Rauf's successor, Ramli Kamarudin, too, was transferred from the NSC in 1993 to head the Sabah NRD and shortly before Ops Durian Burok began.

Ramli said he was "ordered" to go to Sabah to help support the creation of a state government that would be "favourable to Islam".

Aside from the NRD and Sabah EC that were implicated, the federal government's Community Development Department (Kemas) was also fingered during the RCI.

NRD officer Asli Sidup, who was involved in both operations, had said that aside from Sabah EC, Kemas and an unnamed political party were responsible for furnishing NRD with names of registered voters who had never voted for the issuance of blue identity card receipts to immigrants under Ops Durian Buruk.

6. RCI isn't particularly interested on who gave the orders

The three RCI conducting officers are Manoj Kurup, Azmi Ariffin and Jamil Aripin who are tasked to question witnesses during the hearing.

Ten police officers and members of the Malaysian Anti Corruption Commission (MACC) had also been appointed for the RCI's investigation - the same people who had interviewed the witnesses before taking the stand.

Based on what the witnesses had testified and their statements from the interview to date, the investigation appears to be fairly independent but it is unclear if key parts of the 'Project IC' will come to light, particularly on who gave the orders as it is not part of the RCI terms of reference.

Therefore, the conducting officers did not pursue this line of questioning.

An example was when Abdul Rauf Sani was quizzed about G17, the conducting officer Azmi Ariffin had only sought to confirm that they had operated at the residence of Mahathir's political secretary Aziz Shamsuddin but did not go beyond this.

In contrast, watching brief lawyer James Sikayun had grilled Abdul Rauf on why he was at Aziz's residence and whether he had receive instructions from higher ups, but answers were not forthcoming.

Civil society lawyers holding a watching brief are allowed to question the witnesses and they will likely play a role in pushing the limits of the RCI's terms of reference for more information.

The RCI is confined by eight terms of reference:

2) To determine number of immigrants granted blue identity card due to statelessness;

3) To investigate whether this was done legally;

4) To investigate if immigrants holding blue identity cards were illegally registered in the electoral roll;

5) To investigate the standard operating procedures (SOP) for issuance of blue identity card and recommend improvements;

6) To probe if the authorities had taken action or done improvements to the SOP to prevent infringement of the law;

7) To investigate reason behind the increase in Sabah's population and their impact on the electoral roll; and,

8) To investigate the social implications of granting citizenship to immigrants in the state.

Often times witnesses are questioned based solely on their statements given during their interview prior to taking the stand.

They are asked to agree or disagree as the statement is read out which could contain names implicated by witnesses or several set of figures.

However, unlike previous royal commissions of inquiry such as the one on Teoh Beng Hock's death, conducting officers are much less forthcoming in providing information and clarification.

The Project IC apparently began following a political shift in Sabah in which Parti Bersatu Sabah (PBS) swept to power in 1985, ousting the BN for the very first time.

However, PBS joined BN a year later after riots broke out in relation to the election results which destabilised the state government.

During this period, according to testimonies, there appear to be some cases of immigrants being illegally granted citizenship.

However, this operation went into full swing - in the form of G17 and Ops Durian Buruk - after PBS left the BN in 1990, days before the state election. 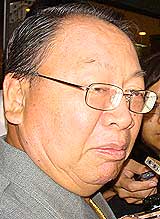 In that election, PBS won 36 out of 48 seats in the state assembly. PBS then led by Joseph Pairin Kittingan, was perceived to be a Christian party.

Despite the victory, Joseph Pairin had to wait outside the state palace for some 36 hours before finally being sworn in by the governor.

The delay was supposedly due to manoeuvring to oust the now fragile incumbent through defections, in which then deputy prime minister Anwar Ibrahim played a key role.

Nevertheless, the PBS government lasted another two weeks before collapsing as a majority of its elected representatives defected to BN.

With the mass defections, the PBS was left with only three elected representatives, namely Joseph Pairin, Maximus Ongkili and Amir Kahar Mustapha.

Joseph Pairin attempted to dissolve the state assembly, but this was denied by the governor. He eventually tendered his resignation as chief minister on March 24, 1994.

The RCI will reconvene its public hearing in Kota Kinabalu tomorrow until Friday, with a third session scheduled for Feb 22 to 27. 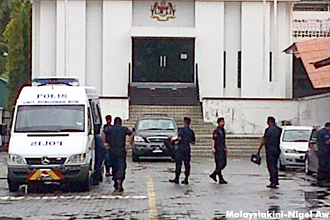 A total of 29 witnesses had testified in the first five-day session which concluded on Jan 18. The RCI had officially announced that a total of 48 witnesses would be called.

However, Prime Minister Najib Abdul Razak had revealed that there would be a total of 167 witnesses.