A further 1.3 million users visited Malaysiakini's undi.info, which provides information on seats and candidates, that night.

At the height of the vote count, Malaysiakini's readership hit 500,000 users per minute, according to Google Analytics. 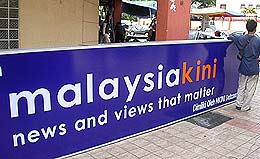 Unlike the previous weeks, Malaysiakini did not face any restrictions from major internet service providers (ISPs). Its servers held up well despite the massive spike in traffic.

"We thank the Malaysian Communications and Multimedia Commission (MCMC), as well as the ISPs, for ensuring that the Internet did not go down on Sunday night.

Since letting the website go free on April 17, Malaysiakini 's daily readership has doubled to 500,000.

"Despite our limited resources, the team gave their all. We were able to provide a veritable snapshot of the intense electoral campaign across the country," said Gan.

Paywall to go up tomorrow

Malaysiakini is reverting to its subscription model tomorrow. All existing subscribers will be credited with a three-week extension to their subscription to compensate for the free period. 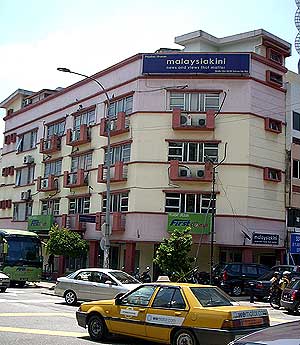 Although the elections are over, the country's political future remains uncertain.

Malaysiakini intends to continue to report diligently, back by insightful commentaries and analyses, to help Malaysians make sense of the changing political landscape.

Premesh and Gan said Malaysiakini will continue to maintain a healthy balance between advertising and subscription revenue to support its operation.

"We thank our subscribers for their support. Through their small investment, Malaysiakini remains less dependent on advertisers and is better able to report independently.

"Buying a subscription is a small contribution to independent media and a vibrant democracy," said Premesh.