The Mongolian delegation at the Global Summit of Women in Kuala Lumpur has urged the Malaysian government to provide answers on the mysterious death of Mongolian national Altantuya Shaariibuu in Malaysia. 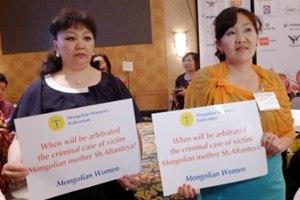 Speaking to media on the sidelines of the conference, Mongolian Women's Federation (MWF) president J Erdenechimeg said that a new trial should commence to find out who is responsible for Altantuya’s death.

"We are making a special request to the Women, Family and Community Development Ministry of Malaysia to act on this, and for a quick hearing to be convened," she stressed.

Flanked by about 70 from the delegation, she said that this is for the sake of Altantuya's two sons who are now growing up without their mother. 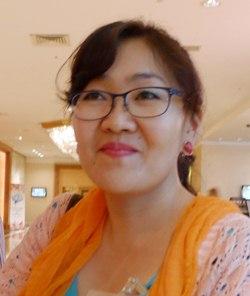 "We also hope for financial support for the two sons," she added.

According to MWF executive director Ariunna Shagdarsuren ( right ), the MWF had decided to bring the message on behalf of the deceased's family after meeting with Altantuya’s father.

"Her father has asked us to raise this as he needs to tell his grandchildren why their mother died in Malaysia," she said.

"It has been many years, how much longer do they have to wait?"

She noted that the message also comes from Mongolian mothers who feel compassion for the two boys, and hopes that Malaysian women and mothers can sympathise with their plight as well.

She added that the MWF had initially wanted to submit a memorandum to the women, family and community development minister on the matter, but were unable to find an avenue to do so. 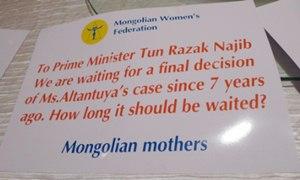 "We hope to leave it with the Mongolian Student Association in Malaysia to be forwarded to the ministry," she said.

Altantuya - who assisted in the purchase of the two Scorpene submarines - was murdered and her body blown up into pieces with explosives in Shah Alam in 2006.

She was linked to Abdul Razak Baginda, whose wife owned Perimekar, the company which acted as an agent for the purchase.

Abdul Razak, who was then Defence Minister Najib Abdul Razak's close confidante, had been acquitted for her murder. 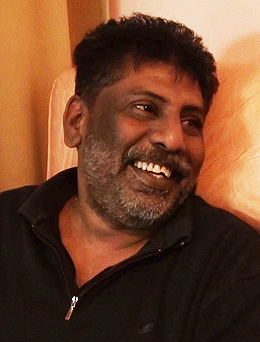 Private investigator P Balasubramaniam - who was engaged by Abdul Razak - had made a statutory declaration that Najib had sexual relations with Altantuya.

This was denied by Najib, and the statutory declaration was then recanted.

Balasubramaniam ( left ), who passed away on March this year, later claimed that he had been coerced into retracting the declaration.

Two Special Action Unit personnel Azilah Hadri and Sirul Azhar Umar - who had been assigned to Najib as bodyguards at the time - were convicted of her murder, although the motive was never established.

Now on death row, Sirul has last week claimed mistrial and is currently seeking an acquittal.