It is a tradition that come end of December, Malaysiakini takes our readers through the best and the worst news of the year. 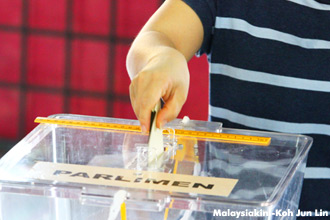 Among the major news in 2013 are, among others, the 13th general election, the Court of Appeal verdict on Allah, and the government-funded jet used by PM’s wife Rosmah Mansor to attend events in the United Arab Emirates.

Like last year, we are letting you decide the top 10 headline-grabbers of 2013. There are 21 news categories listed in alphabetical order in this year’s vote.

You vote by showing your preference for each item - ‘0' being the lowest and ‘10' the highest. You can give the same score for more than one item. Go ahead, take one last look at 2013 before moving on to an even more exciting 2014.

And also, don't forget to vote for the Newsmaker of the Year.

Do remember that a newsmaker does not necessarily have to be the most popular individual. He or she is one whose actions consistently make news headlines, and in so doing effects the course of public discourse and creates an impact in Malaysian politics, either for better or for worse.

This year, there are 12 candidates, including an organisation - the Election Commission.

Take your pick. Only paying subscribers can vote and everyone has one vote. Voting ends at midnight, Dec 29, and the results will be announced on Dec 30.