Sarawak Report has furnished documents which the whistleblower website described as evidence that 1MDB president and executive director Arul Kanda is allegedly a “liar”.

This is in relation to his claim about “cash in the bank" at BSI Bank in Singapore.

Citing the purported minutes of a 1MDB board meeting which it obtained and published on the website, Sarawak Report claimed it proved Arul’s statement was not an “unfortunate miscommunication”, but part of a “deliberate strategy of misinformation”. 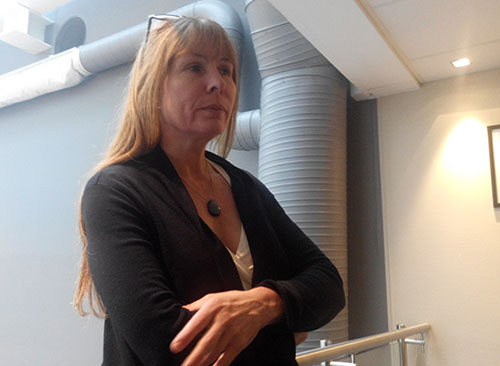 “In other words, it was a barefaced and extended lie,” said Sarawak Report in a statement emailed to Malaysiakini by its founder Clare Rewcastle Brown ( left ).

Arul had said the assets held at BSI were in the form of ‘units’, which Sarawak Report claimed it had established are categorised as ‘Level 3', whereby there is no guarantee as to their actual worth. 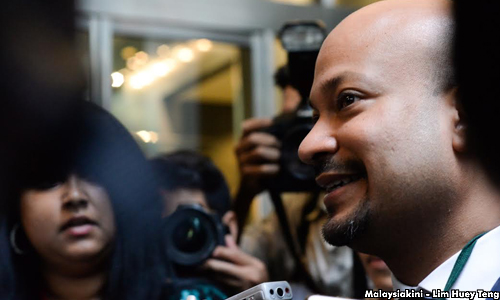 “We have now obtained minutes from an earlier board meeting in January, which make plain that the new CEO (Arul) had given detailed assurances to board members that there was indeed cash in the so-called Brazen Sky company account at BSI Bank.

“Arul ( right ) even gave a highly unbelievable excuse as to why, instead of using these alleged cash funds, 1MDB was borrowing even more money to cover its pressing expenses.

“This was in response to concerns by (then) chairperson, Lodin Wok Kamaruddin, that the management had publicly promised to repatriate the money and then failed to do so."

According to the purported minutes, Arul’s excuse for not repatriating the cash was that it had to be retained in the bank in Singapore in order to guarantee yet another loan by Deutsche Bank. 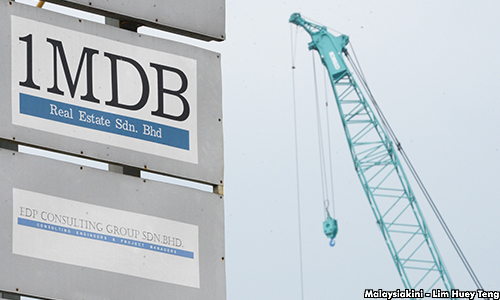 “The CEO had told his bemused board members that Deutsche Bank was preventing him from repatriating the money, because they were demanding that he keep the Singapore cash account as collateral for another almost identical sum of US$975 million they had loaned to 1MDB,” said Sarawak Report .

Sarawak Report however pointed out that it was nonsensical to keep money in the bank to guarantee the borrowing of a virtually identical amount, especially when the high financing costs had become a key concern at the fund.

“So, this was not a communication slip by Arul, it was a positive, detailed claim that the assets were being held in cash, giving the reason that the lending bank consortium would accept nothing less to guarantee their further loan."

The whistleblower website also pointed out that 1MDB, in public statements, had claimed there was US$1.103 billion in the BSI Brazen Sky account.

“Yet, Arul informed the board there was only US$939 million - over a hundred million less. It appears that no one on the board saw fit to raise a query over such obvious matters.

“ Sarawak Report suggests there is only one credible explanation for all these twists and turns, which is that Arul could not repatriate and use the alleged cash, because there was no cash.

“That the board accepted his feeble excuse that close to a billion dollars had to remain frozen in Singapore, in order to guarantee a further billion dollar loan from Deutsche Bank, means either they were half-witted or they had decided to turn a blind eye to a desperate situation caused by blatant corrupted management of the fund.”

'Board members should know'

Sarawak Report however said it believes the board members were not “financially illiterate half-wits” and that they knew full well that the fund had been “mismanaged on their watch”.

“One individual, in particular, who can only have known better was a vocal member of the 1MDB board, whose comments are also registered in these revealing minutes of January 2015. 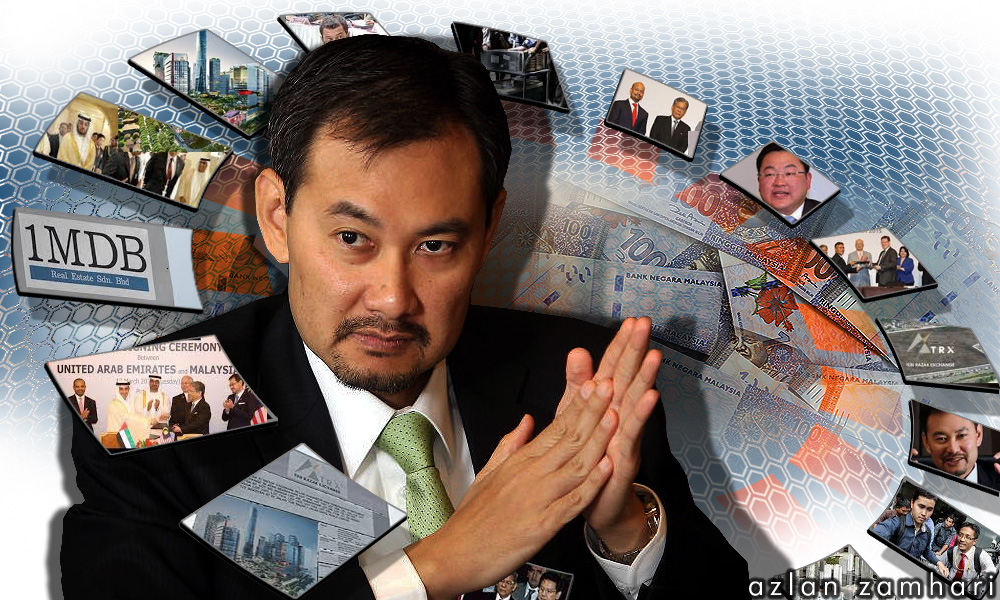 “This was none other than the fund’s former CEO, Shahrol Halmi ( left ), who knew exactly why there was no actual money in BSI’s Singapore accounts.”

Sarawak Report pointed out how it was Shahrol who had presided over the initial US$700 million from 1MDB back in day one of the “so-called” 1MDB PetroSaudi joint venture, which had allegedly been diverted.

Shahrol had also signed off two further major loans to PetroSaudi - US$500 million in September 2010 and then US$330 million that went straight from 1MDB into Good Star Limited in 2011 - allegedly linked to highflying businessman Jho Low - according to documents obtained by Sarawak Report from the Bank Negara investigations into investments by the fund.

“These payments total US$1.83 billion, which significantly represent the sum referred to by Bank Negara governor Zeti Akhtar Aziz when she issued a damning statement condemning the attorney-general’s refusal to issue proceedings against the theft.

“Yet Shahrol had the barefaced cheek to ask on behalf of the board for his successor Arul to ‘present the total amount received from the investment since 2009’.”

Malaysiakini has contacted 1MDB on the latest allegation and is awaiting their response.

1MDB was ordered to repatriate the funds after Bank Negara revoked three permissions granted it under the Exchange Control Act 1953 (ECA) for investments abroad, totalling US$1.83 billion (approximately RM7.5 billion at the current exchange rate).

1MDB in its response to Bank Negara said it could not repatriate the funds because the funds had either been spent or earmarked for a debt transfer.

Pua: 1MDB has assets abroad, so why the excuses?

M'sia a pariah state due to 1MDB issue, says Mahathir