Malaysia’s central bank had to take action against a debt-ridden state investment company to protect the integrity of the financial system, according to governor Zeti Akhtar Aziz, who said an improvement in the country’s political situation would help the ringgit.

Bank Negara has revoked three permissions given to 1MDB for investments abroad totalling $1.83 billion, and instructed it to repatriate the amount.

"He has the right to make that assessment," Zeti said, referring to the attorney-general. "But for the central bank, we believe it is very, very important to comply with our rules and regulations that we have in place. This is vital, it’s critical for the functioning of the financial system" and its integrity, she said.

While growth could ease to as little as 4.8 percent this year and the risk of a slowdown because of the global economy is bigger than the threat of inflation, Malaysia has a “high degree of resilience”, Zeti, 68, said in an interview in Lima, Peru, on Sunday.

The central bank doesn’t see the risk of faster inflation after the first quarter of 2016 and interest rates at current levels are supportive of growth, Zeti said. Malaysia forecasts growth of 4.5 percent to 5.5 percent this year.

Malaysian policy makers have struggled to boost confidence in the economy and its finances since oil prices started slumping late last year and as allegations of financial irregularities at 1MDB hurt sentiments. 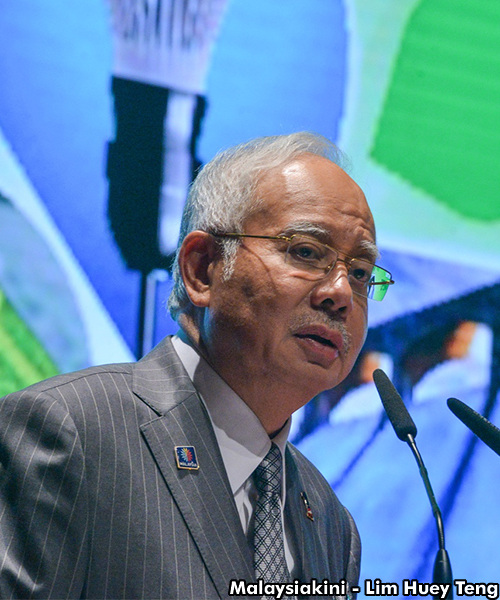 Tensions in the Southeast Asian nation have also increased as Prime Minister Najib Abdul Razak ( photo ) battled accusations of impropriety over political donations that ended up in his private accounts.

"People are distracted now” because the country rarely has political developments of this nature, Zeti said. “Everyone wants these domestic issues to be resolved quickly, because as and when they are resolved, we expect the currency to recover even further,” after gains in recent days.

The debacle surrounding 1MDB has contributed to the ringgit performing the worst among major Asian currencies this year, while foreign investors have so far this year pulled more than US$4 billion from Malaysian stocks. The central bank anticipated outflows would happen when Western counterparts reversed quantitative easing, Zeti said.

The Wall Street Journal reported in July that about $700 million may have moved through government agencies and companies linked to 1MDB before ending up in accounts bearing Najib’s name ahead of the 2013 general election. The Malaysian Anti Corruption Commission has said the money was from donors in the Middle East, not 1MDB. Najib has denied any wrongdoing. 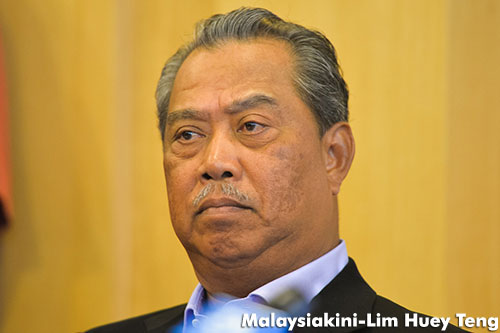 Facing his biggest crisis in six years in power, Najib in July removed his deputy Muhyiddin Yassin (photo), who had called for answers on the 1MDB imbroglio, including its investment decisions. The government also replaced attorney-general Abdul Gani Patail for health reasons, with former Federal Court judge Mohamed Apandi Ali taking the role.

The first Malaysian woman to become central bank governor, Zeti was acting governor in 1998 when Malaysia set limits on foreign-exchange transactions and fixed the ringgit at 3.8 to the US dollar. She scrapped the currency peg on July 21, 2005, and now oversees a flexible managed float regime that’s seen the ringgit drop 16 percent against the US dollar this year.

"The policy decision-making process goes on regardless of these political tensions," Zeti said. Malaysia prevailed during a previous bout of political turmoil that coincided with the Asian financial crisis in the late 1990s and "we will survive it again because there’ll be a process to deal with it," she said.

The central bank left rates unchanged for a seventh meeting last month as quickening inflation and a weakening currency reduced scope for it to add stimulus. Consumer prices rose 3.1 percent in August from a year earlier, after recording the fastest pace in almost a year in July. Inflation is forecast to be in a range of two to three percent in 2015.