MP SPEAKS Much as it sounds like cliché, our time is indeed both the best of times and the worst of times. In such a confusing time, clarity is in short supply.

Three things may help us to describe the state of affairs in Malaysian politics better: that the final countdown is imminent; that there were major political earthquakes, tectonic shifts and realignments in 2015; and that the voting public is waiting for something transformative, a bit like the iPhone when it was first created.

The joint press conference by former rivals Dr Mahathir Mohamad and Tengku Razaleigh Hamzah surprised some of us. Many of us were even amazed with the unprecedented statement by Majlis Raja-Raja Melayu (the Rulers Council) on 1MDB and the falling ringgit, as the council usually restricts its pronouncements to matters relating to Islam and national unity.

Since the Asian Financial Crisis in 1997 and the sacking of Anwar Ibrahim from the government in 1998, Malaysia has been a nation impatiently waiting for change. But change has been meagre, if any.

And we are now entering another crisis – a ‘perfect storm’ crisis that engulfs the nation on multiple fronts – politics, economics, finances, ethnic relations and so on. 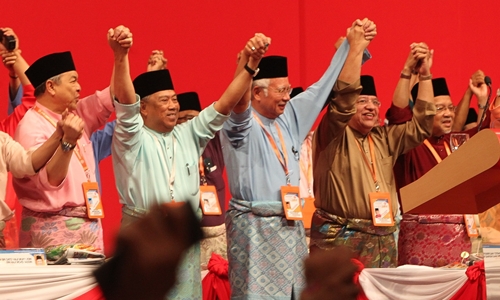 On the government front, if Najib Abdul Razak leads Umno into the next general election, not only would Umno lose, the possibility of Umno leaders jumping the sinking ship to contest against Najib’s Umno cannot be ruled out.

For Umno and the BN supporters, they would want to know: If Umno manages to replace Najib, will the removal process be smooth or traumatic? If Najib is removed, will Umno stay united? And without Najib, can Umno win again with a new leader?

For the rest of us, the real question we want to ask is: Are all Umno’s problems caused by Najib, or is it something systemic? Can systemic problems be solved by having a new leader?

Some may say that Umno could surprise everyone with sudden and transformative reforms. But then again, this is just a wishful thinking. With a potentially volatile parliamentary session starting today, it feels like fin de siècle (French, for end of the century) or a looming final countdown.

The sacking of Muhyiddin Yassin and Shafie Apdal from the government on July 28 was a major earthquake not seen since September 1998. Umno members are still shell-shocked, yet unable to express themselves openly. At least, for now.

As long as PAS is led by Abdul Hadi Awang, the party is not going to win the middle ground Malay voters, not to mention non-Malay voters. PAS is kissing goodbye to the peninsula’s West Coast votes.

Without the progressive faction, PAS is also not going to get any traction outside Kelantan and Terengganu, and to a lesser extent, Kedah. Some commentators even opined that PAS is in danger of losing Kelantan due to issues arising from long years of incumbency and slack in governing.

We cannot rule out a second split in PAS, or Hadi being replaced by Tuan Ibrahim Tuan Man, who is now seen as playing the exact role of his predecessor Mohamad Sabu (now Amanah president) in the previous PAS leadership, in his attempt to project an anti-Umno image.

In recent years under Hadi's leadership, the line between PAS and Umno has been blurring. This is ironic. It was Hadi, at least according to Umno leaders and members, who deemed Umno as an infidel party in the 1980s, as well as declared PAS as the champion of anti-assabiyah, a reference against Umno’s brand of Malay nationalism. 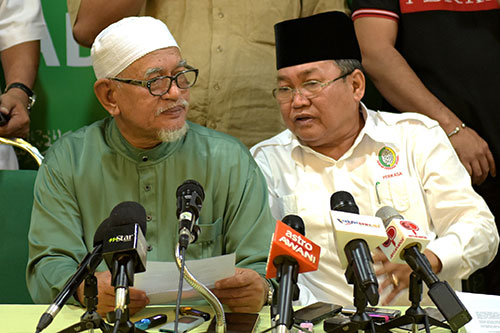 Hadi’s embrace of Perkasa, the Malay supremacy group, has shocked some PAS leaders and grassroots; they know this could cause an electoral disaster, for Perkasa practises outright assabiyah, the Arabic term for social solidarity with an emphasis on unity, group consciousness and sense of shared purpose.

On Najib’s front, when everything is going against his administration - or the lack of it - the moderate pretender is now backed by the likes of Jamal Yunos of the Red Shirts, conservative Muslim scholars, including several muftis as well as Hadi and Haron Din, for their ideological support. These people do not hide their contempt for moderation and progress.

As I mentioned at the beginning, earthquakes are usually followed by smaller quakes, tectonic shifts and realignment. It also leaves a huge vacuum.

Najib’s Umno and Hadi’s PAS view things in ethno-centric terms. These views are not even representative of the many voices among the Malay community, not to mention the wider society. 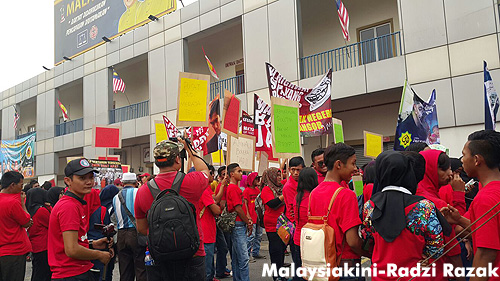 This racial version of Malaysia promoted by Najib and Hadi is a recipe for disaster, electorally. Any coalition should know that it needs support from across ethnic groups in the peninsula, and win votes from Sabah and Sarawak.

The battle for Malaysia is increasingly taking shape between the conservatives and the progressives, between those who push for Malay/Muslim dominance without a moral compass and those who push for a better Malaysia for all governed by broader principles of justice, such as those articulated in the discussion of maqasid syariah (the ultimate objectives of syariah) and the ideals of justice and equal opportunities.

There is a huge vacuum and no one is sure how to fill it.

It was revolutionary when Steve Jobs created the iPhone in 2007. iPhone combined the function of an iPod (music), Internet surfing and phone function, three previously distinctive functions/products, into one product and set the new normal for others to follow. iPhone was the answer to its users’ unfulfilled desires.

In this post-earthquake scenario, with a huge leadership vacuum to fill, it is worthwhile for us to think through as a nation what is needed to effect change in the forthcoming election.

We know that the agenda of Conservative Malaysia is Malay supremacy. How then shall a Progressive Malaysia respond?

Progressive Malaysia needs a coherent set of ideas that will create the iPhone of Malaysian politics – something entirely new that appeals to hearts and minds, especially that of Malay voters in swing seats.

Much has been said about the opposition not being able to penetrate Umno fortresses in the rural areas. Those fortresses, like Rompin or Pengerang, were designed and built for Umno. It’s difficult to make way in these rural areas, at least for now.

To win electoral power is not to focus on those seats. Instead, out of Umno’s 73 peninsula seats, at least 35 of them are marginal. Progressive Malaysia should aim to win 40 Umno seats in the peninsula. Once that is achieved, everything else will fall into place.

The way forward is to create a vision that inspires all Malaysians with a special focus on bringing better economic security and well-being to lower middle class Malays in the semi-urban areas.

In good humour, I’ve said that Pakatan Rakyat’s manifesto of the 2013 election – cheaper cars, no tolls, cheaper fuel, and abolishing the PTPTN (university loans) – had no relevance to Malays in semi-urban areas. Many of them can’t even afford a car (so why bother about tolls, car prices and petrol), and quite a number of them didn’t finish secondary school education.

Yet each of them has a vote to cast, and many are on smartphones, Facebook, and other communication channels not controlled solely by the government.

The future of Progressive Malaysia lies in its ability to articulate their wishes and aspirations of ordinary Malaysians and their concerns for jobs, wages, healthcare, transport, security, education, etc.

We need an economic vision that will create the virtuous cycle of higher wages, higher skills and higher productivity so that both the non-Malay dominated small and middle industry sector, and the Malay working class in semi-urban areas find their interests coinciding and not opposing one another.

When Malaysians find that their economic well-being is secure or will be more secure under the new government, change will not be feared, change will be embraced enthusiastically.

Honestly, Umno-BN can actually do this now if they want to. But we know that many of their leaders have lost touch with reality.

The evolution of political Islam in Malaysia

Subscribe Today
Read more from this author :
Liew Chin Tong
Read more like this :
#
View Comments
Most Read
Most Commented
Most Recent