Amnesty International has declared Khalid Ismath a "prisoner of conscience" and launched a campaign for people across the globe to write in to call for his release.

The prepared letter called on the authorities to "immediately and unconditionally release Khalid Ismath, a prisoner of conscience, who has been detained solely for the peaceful exercise of his right to freedom of expression".

Khalid was accused of making remarks about the Johor royalty that are deemed seditious. 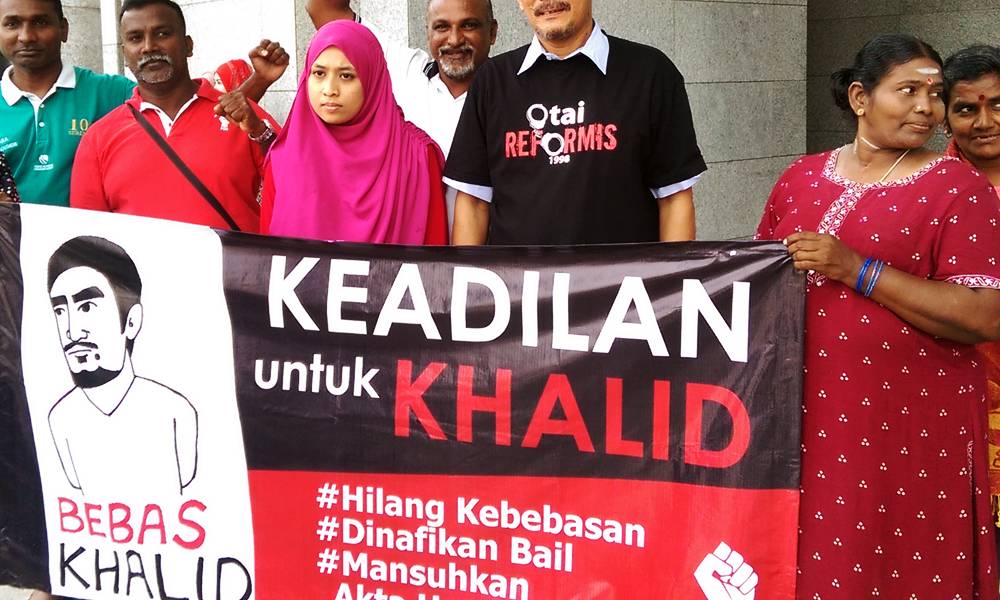 Khalid was denied bail and has been in detention for 16 days after being slapped with 14 charges under the Communications and Multimedia Act 1998 and Sedition Act 1948.

"Since his denial of bail, Khalid Ismath has been kept in solitary confinement and kept behind bars around the clock.

"The act of detaining Khalid Ismath in solitary confinement is clearly punitive in nature and should not have taken place before any trial," said Suaram executive director Sevan Doraisamy.

Sevan called on the Johor Baru High Court to hold a revision hearing for Khalid to allow for bail.

"As the institution charged with upholding justice in Malaysia, the Judiciary must ensure that justice is done and that Khalid Ismath is not punished before his trial.