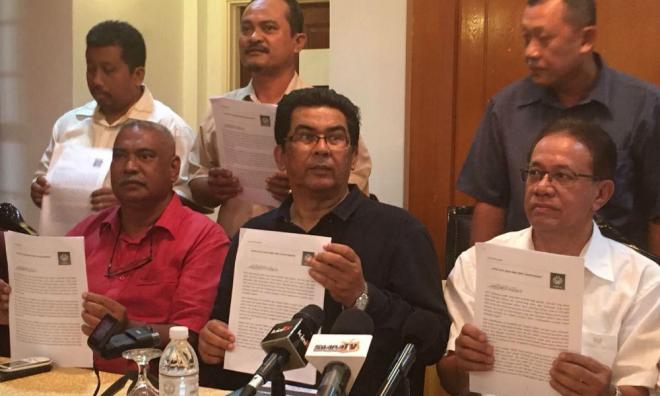 13 Negri Umno branches urge Najib to quit to save party

Taman TKK branch chief Kamarul Azman Habibur Rahman, who headed the group, said the grassroots urged Najib to resign in order to save Umno from disaster at the next general election, due in 2018.