The Mandarin news team of state broadcaster RTM has been 'punished' purportedly for airing an unflattering photograph of the prime minister.

According to Chinese news reports, the RTM Mandarin newsreader was made to read the report without any accompanying video footage for the whole 20 minutes of the programme aired at noon today.

RTM's head of Mandarin news Tan Lee Won confirmed to Malaysiakini about the directive banning the Mandarin news team from using any visuals.

Tan said the directive - issued by RTM's management yesterday - took effect today for both its Mandarin news programmes at 12pm and 8pm.

She declined to reveal the reason given, adding that she did not know when the ban will be lifted.

Sources, however, claimed the punishment was due to the news team’s usage of a photograph of Prime Minister Najib Abdul Razak in its 8pm broadcast on Tuesday.

The image was displayed when the RTM Mandarin newsreader was reporting on Najib's successful bid in staying PKR's lawsuit against him for allegedly breaking general election spending regulations.

The image, which was produced by Malaysiakini , showed Najib looking down solemnly, with a collage of other photographs related to 1MDB in the background, including a picture of Penang-born billionaire Jho Low. 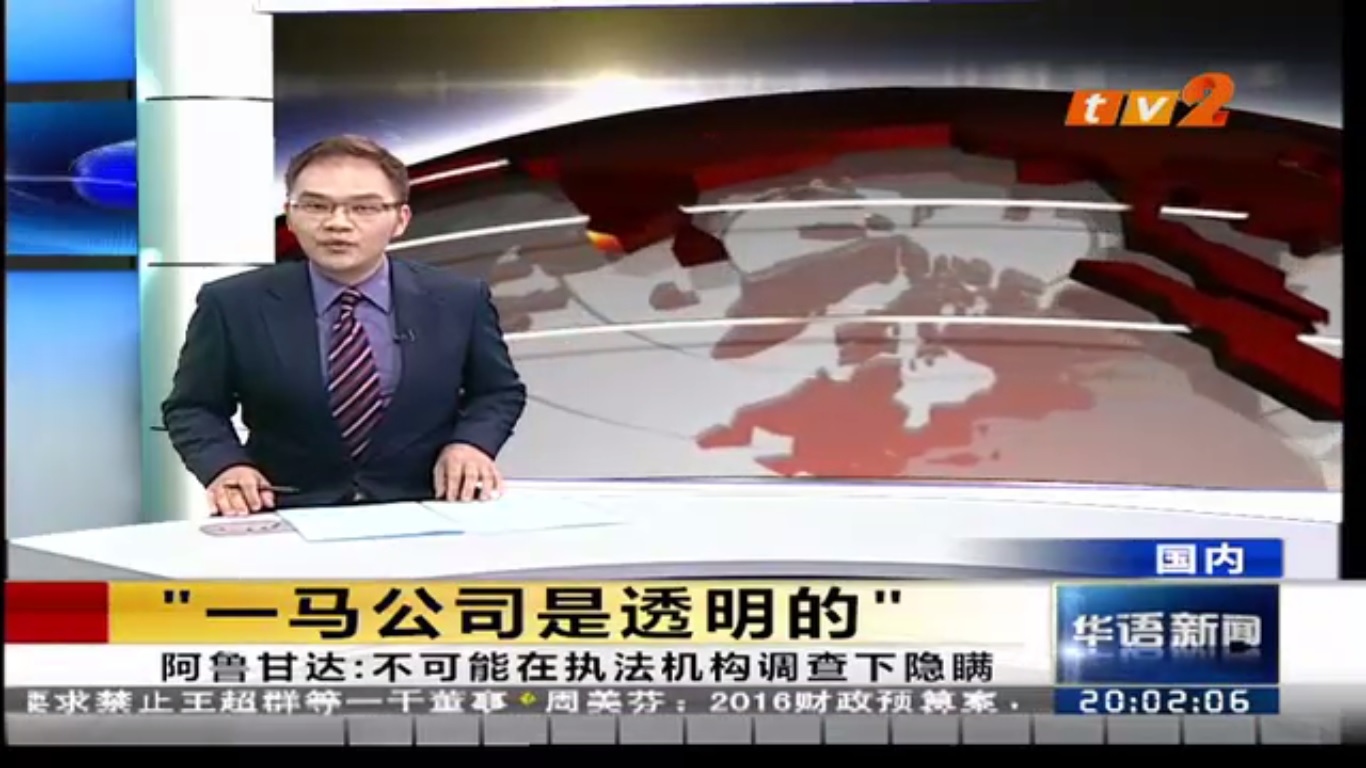 Following the 'punishment', the newsreaders on RTM2's noon and 8pm (photo) Mandarin news today were seen reading continuously for the whole of the programme.

Interestingly, the script for the Mandarin news programme at noon was not changed to deal with the absence of accompanying video footage, as the newsreader made references to visuals and images which did not appear on the screen.

Meanwhile, Communications and Multimedia Minister Salleh Said Keruak said he was not aware of any such directive coming from the ministry level.

"I am not aware of any instruction from the ministry," he told Malaysiakini in a text message.