PKR secretary-general Rafizi Ramli has raised the possibility that Prime Minister Najib Abdul Razak may lift the cap that prevents foreigners from owning majority stakes in the country's national power assets, out of desperation for funds to cover the 1MDB debts.

Rafizi said this in reference to the planned sale of Edra Global Energy, the energy sector arm of 1MDB, in order to raise funds to service its debts.

The Pandan MP took note of reports that Tenaga Nasional Bhd (TNB), the sole local bidder, had made an offer of around RM8 billion, which is Rafizi's estimated market price. 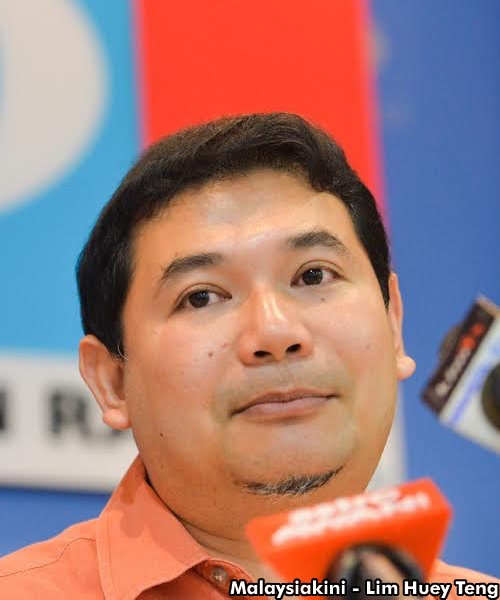 However, this offer is lower than that offered by foreign bidders, namely a consortium between China General Nuclear Power Corp Ltd and Nebras Power QSC.

"If 1MDB wants to reduce its debts, as promised by Najib, the sale of its assets must be made at higher than market value.

"Which is why I am worried that with the closest bidder, namely the consortium between the Chinese and Qatari giants offering RM10 billion, which is RM2 billion higher than the market price, Najib may find a way to allow the bid even though it goes against existing rules on the maximum foreign ownership," Rafizi ( photo ) said in a statement today.

By right, he said, the foreign bidders going for full ownership should have been rejected from the beginning, according to the government's rules.

He also noted that Energy, Green Technology and Water Minister Maximus Ongkili had last month revealed there were proposals to scrap the cap and allow 100 percent ownership, which is an indication that Najib may be pushing for this.

However, Rafizi praised Ongkili for his stance against such move.

Rafizi also vowed a nationwide campaign if Najib allowed the country's power assets, held by Edra, to be fully controlled by foreign entities.

"I will monitor this closely and I will not hesitate to start a nationwide campaign to defend the country's energy sector from being opened up to foreign companies, for this will have a major impact on the future of the rakyat and country.

"I advise Najib to clearly state that he will not scrap the cap on foreign equity ownership in the energy sector in order to help 1MDB to cover its debt hole," he added.