The third series of the report released today said the project in Kampung Santeh, Kuala Kangsar ended up abandoned despite the contractor given a three month extension.

“The audit found no justification for the bridge,” it said.

“No penalties were meted on the contractor,” the audit found. 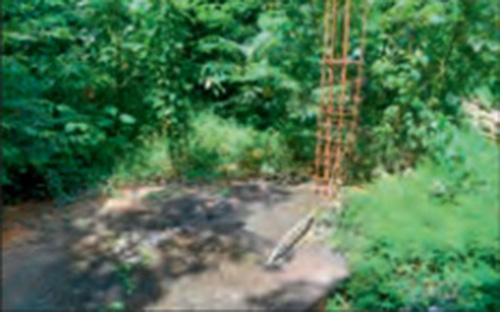 However, Jakoa said the project is not abandoned but put on hold pending application for higher budget.

It said the cost ballooned to RM1.3 million after it was found that large rocks at the site could not be broken to make way for a pier.

“Jakoa management decided to seek budget expansion from the Economic Planning Unit to continue the project,” it said.

The report also said that Jakoa’s project to supply potable water to Orang Asli settlements in four states were found to be riddled with leakages, the Auditor-General’s Report 2014 said.

This comes after Orang Asli activists complained that millions are spent on Jakoa but Orang Asli communities do not have basic amenities.

According to the third series of the report released today, the project was “non-functional”, resulting in wastage of RM315, 860.

The project included the supply of meters for each home to track water usage, as well as supply of water tanks and tank towers.

However, the audit found that there were no specifications provided to the seven contractors, resulting in variance in meter type and price.

Each meter cost Jakoa between RM310 to RM645 to install, but a check found on 809 homes found that the meters which cost RM315,860 to install were “non-functional”.

The audit also ticked off Jakoa for also commissioning the installation of tanks and tank towers for each home, costing RM3.83 million, which it said was superfluous.

This meant each home receives water from two sources – untreated water natural sources and potable water through pipes, it said.

“Savings could have been made if the treated water is supplied straight to the water tanks without the need of additional tanks and tank towers,” it said.

Jakoa, however, explained the extra tanks were to collect fresh water for when there are water cuts.