COMMENT The 20th century could be called the ‘Mass Media Century’. From radio, to cinema and then to televisions, mass media expanded across the globe and into billions of households. Characterised by the transmission of content from the few to the many, the mass media became essential to governments, economies, and to the way in which society understood itself.

Now, in 2015, we can have some idea of how media will be part of the 21st century. Moving away from the few-to-many model, the expansion of the internet has introduced mediated interpersonal communication on an unprecedented scale.

In everyday life, people use social media and mobile technologies to exchange billions of messages and images that range from the mundane to the extraordinary, from idle chatter to political mobilisation, and these technologies are integrated into sales, advertising, customer service, and workforce coordination.

The latest statistics show that at least 72 percent of Malaysian households have broadband and 87.1 percent use the Internet for social media. There are more mobile phone subscriptions than people -144.2 per 100 inhabitants - and 53.4 percent of handphones are ‘smartphones’, according to the Malaysian Communications and Multimedia Commission (MCMC).

Mediated interpersonal relations are not necessarily new - in bygone days, frequent letter writing was important for many people to keep in contact with their family and friends.

Now, however, the intersection of mobile access through powerful handheld computers (aka ‘smartphones’) and the unparalleled extent and intensity of these mediated interpersonal contacts are taking on proportions that point to the possibility of new emergent patterns of behaviour.

The way in which these everyday uses of media are embedded in everyday life means that the 21st century has ushered in what can truly be called a ‘media-saturated society’.

The car is a useful historical parallel. Not only did its introduction eventually result in extensive changes to the landscapes - introducing sprawling cities, suburbia and motorways - but it had important cultural implications too, symbolised by the road movie that evokes individual freedom and mobility.

Although mobile technologies and social media are not likely to affect our physical environment as much as the car, we can ask how they will impact upon our social environment.

‘Contactable at all times’

Already, there is a common expectation that we are contactable at all times. Not having a smartphone, or at least a social media account, can be felt as something of a social faux pas, an imposition on others who cannot easily get in touch with you, wherever you are.

While some may lament the displacement of face-to-face contact, it is equally possible that we are keeping more in touch - both with our ‘strong ties’ (i.e. family, close friends, etc.) and ‘weak ties’ (i.e. acquaintances, work colleagues, etc.). 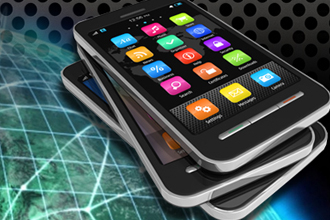 The ways we interact are also changing: the popularity of Instagram points to an increased use of images for interpersonal communication; WhatsApp is used to coordinate daily activities; distance is becoming less important in maintaining social networks; and many people start and finish the day with some form of mediated interaction.

From the close family to professional encounters, interpersonal and social relations take place on- and offline, seamlessly moving from one to the other and back again. The apparent difference between ‘real life’ offline and our shared online social spaces online is becoming increasingly irrelevant,

The next time you pull out your phone, spare a thought about how society and culture are realigning themselves around it. Some might see it as a black hole, but others could see a dynamo - sparking new energies and spinning society off into new directions.

If you would like to participate in a short (10 minute) academic survey on these questions, please click here .

DR JULIAN HOPKINS is a lecturer in Communication at Monash University Malaysia.