1MDB has tried to deceive the people by boasting its sale of a 60 percent stake in Bandar Malaysia Sdn Bhd at RM7.41 billion to make Prime Minister Najib Abdul Razak look good.

So declares DAP lawmaker Tony Pua, who responded to 1MDB's latest statement yesterday that the RM7.41 billion deal was merely a “valuation of land sale”.

"The valuation of the land held by Bandar Malaysia is irrelevant, because 1MDB will only be paid RM5.279 billion for the 60 percent stake in Bandar Malaysia Sdn Bhd," Pua said in a statement today.

"Hence, 1MDB is clearly attempting to deceive the public with a 60 percent 'land sale valuation', where 1MDB would collect RM7.41 billion, because it is simply not a land sale transaction! 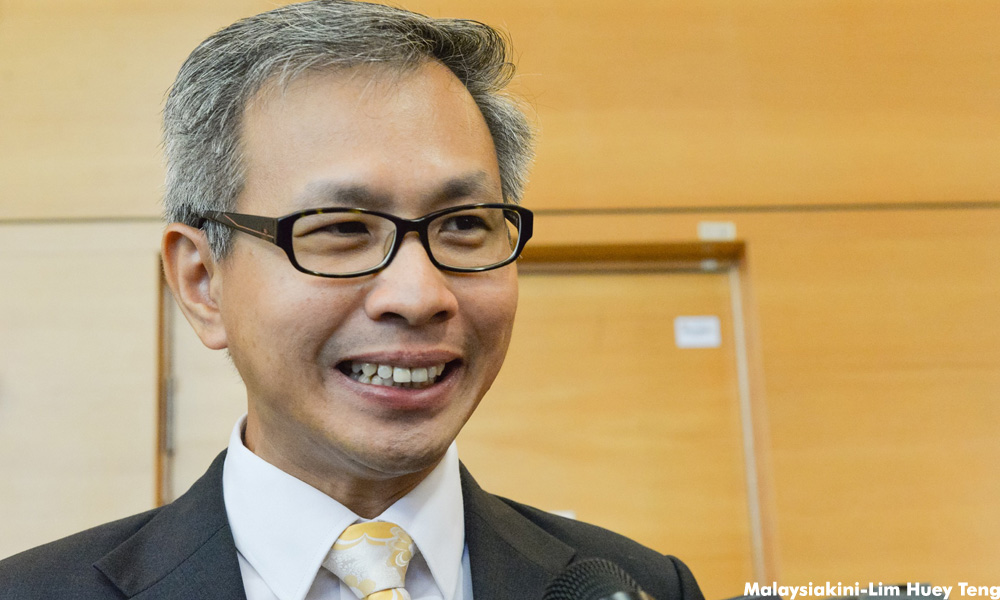 "Whether intentionally or otherwise, 1MDB has made a major mistake in the attempt to boast bigger numbers for its Dec 31 announcement to make the prime minister look good," Pua ( photo ), the MP for Petaling Jaya Utara, said.

This was based on CREC's valuation that the whole piece of the Bandar Malaysia land is worth RM12.35 billion. So, its 60 percent share of land will cost RM7.41 billion.

On the other hand, China Railway Group announced to Hong Kong Exchange that it paid only RM5.279 billion - a discrepency of RM2.13 billion compared with the price announced by 1MDB.

The state-owned fund later explained that RM7.41 was land sale valuation, not the net equity value of the Bandar Malaysia project.

'Sole intent is to confuse'

"I had to read this a few times before I could laugh out loud at the response given by 1MDB president and group executive director Arul Kanda Kandasamy," Pua said.

The explanation is drafted with the sole intent to badger and confuse the readers into submission by obfuscating the facts with clever language and incongruous financial gobbledygook, he added.

"Now, instead of admitting that it has made the mistake, 1MDB is trying to cover up for the glaring boo-boo with an utterly laughable attempt to explain away the discrepancies."

Even 1MDB’s endeavour to bridge the gap by claiming that “adjustments may be made to the RM7.41 billion land sale valuation, depending on whether or not certain Bandar Malaysia-related liabilities can be passed to the consortium” does not hold water, he stressed.

"This is because China Railway would have been required to disclose to the Hong Kong Exchange and their shareholders such a material contingent difference between the price paid by the joint venture – RM5.279 billion, and a possible increase to RM7.41 billion.

"The Hong Kong Exchange is certainly not an exchange regulatory regime to be trifled with, unless China Railway wants to unnecessarily risk stringent penalties on itself," he said.

"This is to ensure that Malaysians can understand the exact terms of the transaction, and not the fancy, spruced-up versions which 1MDB wants Malaysians to believe," he added.