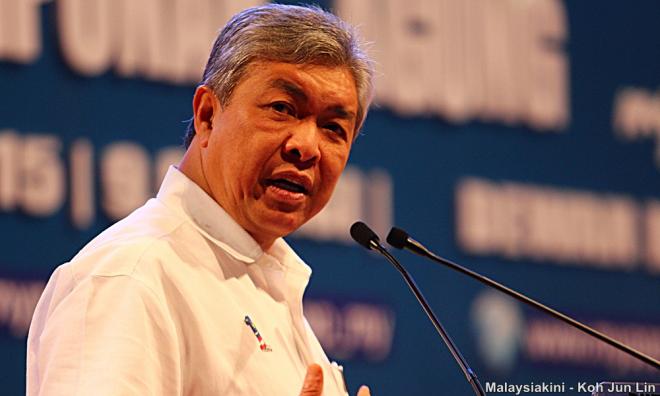 Less than three weeks after his daughter's house was burgled for the second time, misfortune hit another person close to Deputy Prime Minister Ahmad Zahid Hamidi, this time a policeman on his security detail.

As reported by English daily The Sun 's online version earlier today, a group of machete-wielding robbers barged into the house of the deputy premier's bodyguard in Bandar Bukit Mahkota at 9.30am yesterday.

While the police officer was not home, the robbers threatened his wife and children with their machetes, demanding money and valuables from them before ordering their victims to lay face down on the floor.

They seemed to know whose house they were robbing as the criminals also demanded that the wife hand over her husband's weapon.

However, they left without his firearm as the bodyguard was on duty and had taken it with him at the time.

The perpetrators then ransacked the house seizing cash, jewellery and electronic devices worth nearly RM60,000, before fleeing the scene and reportedly continuing their crime spree in the housing area.

On Dec 16 last year, Zahid's daughter, Nurulhidayah Ahmad Zahid, also had her house in Country Heights, Kajang, broken into for the second time.

This comes as the government continues to claim that crime rate in the country had gone down and the public's concern that crime seems to be going the other way is just a matter of perception.

Zahid is also the home minister and the police force comes under his ambit.