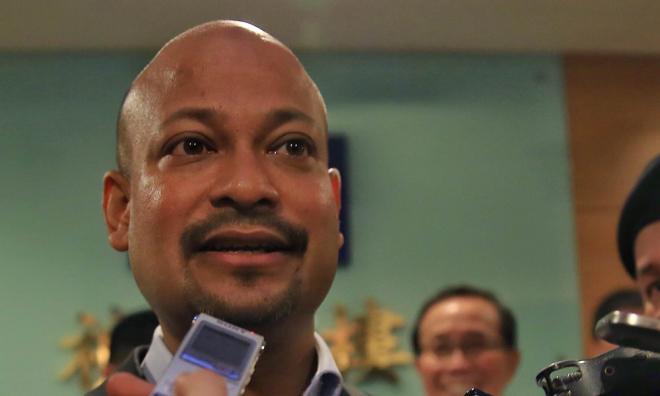 Despite being asked repeatedly in an interview, 1MDB president Arul Kanda Kandasamy remained coy on the state-owned company's latest debt level following the sale of several of its assets.

In the interview published by Berita Harian today, Arul Kanda was asked what was 1MDB's latest debt level. He declined to give an answer.

He said this was because 1MDB's financial statement had yet to be finalised.

"What I can reiterate is that our debt now matches our cash flow to pay for the interests and principals," he said.

When pressed for a second time on 1MDB's remaining debt, he instead provided figures from 2014.

"Based on our last financial statement, it is at RM42 billion," he said.

Asked again on 1MDB's debt level after the sale of Edra Energy, a 40 percent stake in Bandar Malaysia and land in Tun Razak Exchange, Arul Kanda again refused to give a figure.

"We are not yet in a position to give a complete answer," he said.

He said this was because 1MDB had yet to decide whether it wanted to pay off some of its debts or retain them.

However, Arul Kanda said, all short-term debts would be cleared.

Prime Minister Najib Abdul Razak announced on Dec 31 the sale of 1MDB assets, saying this would allow the company to pare down its debt by RM40.4 billion.

However, following the rapid fall of the ringgit, 1MDB's debts, which are mostly in US dollars, have increased from the initial level of RM42 billion.

In the interview, Arul Kanda also said he had no regret in taking over the helm of the controversy-plagued 1MDB.

"I have no regrets at all as I feel I am part of the solution.

"As a Malaysian and with the skills and experience I have, it is my responsibility to do my best," he said.

Even though it was tough and exhausting to lead 1MDB, Arul Kanda added, it was also professionally and personally rewarding.