COMMENT Most studies on Trans-Pacific Partnership Agreement (TPPA) impacts, including the most recent World Bank study, have used the ex-ante analysis based on the Computable General Equilibrium (CGE) models.Such studies have mainly shown positive benefits of TPPA to member countries in terms of GDP, welfare, trade and investment flows.

However, a Malaysian economist and a colleague, Professor Jomo Kwame Sundram, has been on record in many instances asserting that the TPPA, based on the Global Policy Model (GPM) analysis, may instead lead to job and equity losses for Malaysia and GDP contraction for some TPP countries.

The contention of Jomo (photo) has been quoted extensively, particularly by the social media, and naturally TPPA critics have highlighted their persistence based on this assertion.

In the course of the contentious TPPA debate, it is important for parliamentarians, policymakers and the concerned public to be aware that the use of appropriate trade models in the analysis of free trade impacts matters a lot.

GPM never designed to be a trade model

The difference between CGE and GPM is a very fundamental one.

The GPM was not designed to be a trade model. Hence it lacks sectoral details and devoid of pertinent frameworks that would account the intersectoral effects of shifts in the demand for primary factors (such as capital and labour) and consequently, on outputs and trade upon changes in domestic prices resulting from freer trade. 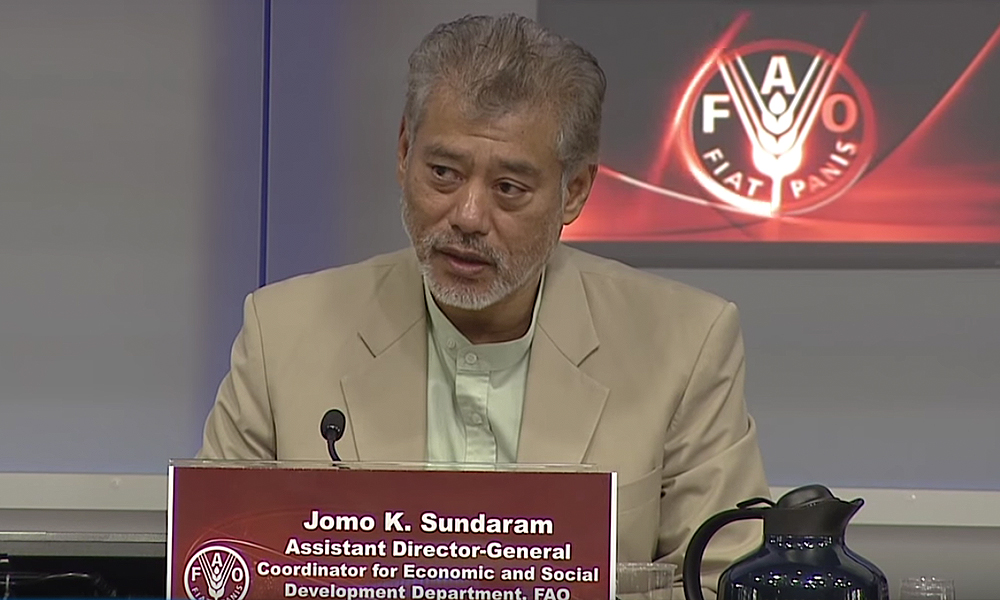 GPM proponents argued very strongly about the extent of which disequilibrium in the labour market, due to economic integration or any trade policy shocks, is realistic.

However, such contention may only be true in the very short-run and apparently suited to allow the model to link changes in exports with labour income, unemployment and GDP.

In particular the GPM presumes that reduction in net exports will lead to declining labour income share, increased unemployment and a contraction in GDP.

This implicitly assumes that exports of countries are mainly input-driven, which disregards the roles of productivity and technical efficiency changes, while the labour market is thought to be sluggish across sectors such that the average unemployed is indifferent between being unemployed and obtaining a job with low wage rates.

This further refutes implicitly the hard statistics that Malaysia’s total factor productivity has been on the rise in recent years, including her share of labour income vis-a-vis that of capital.

It may also be important to take note that during the economic crises of 1997/99, some tens of thousands of retrenched urbanites in Malaysia were able to secure jobs in the rural-oil palm subsector, albeit at a much lower wage rates.

If the labour market was sluggish, surely such shifts would not have occurred within a short period.

Much has also been argued about the growth-export nexus by GPM proponents.

However, recent empirical studies for Malaysia have shown that any association between exports and GDP growth may only be spurious and misleading without controlling for imports.

It has been demonstrated that the dissemination of technology through imported goods and services may induce economic growth.

CGE models, unlike the GPM, are constructed based on strong theoretical microeconomic foundations such as the axioms that households would maximise satisfaction (utility), given their budget constraint, while firms are able to identify the optimal mix of production factors and output levels given their production technology and market prices.

The model captures simultaneously the interactions among firms in the entire economy and across countries of the world.

Hence the reliance of CGE models on macroeconomic and trade data sourced from country input-output tables and social accounting matrices.

The model determines an equilibrium solution by calculating internally the prices that equate supply to demand for each output and factors of production (labour, capital, and land) for every country or region.

The effects of freer trade (TPPA) are simulated explicitly by introducing changes in tariffs and non-tariff parameters.

It further estimates the impact on new investment flows as well as welfare, which clearly anticipates positive growth under TPPA relative to the pre-TPPA baseline.

All the above behavioural features are evidently absent in the GPM model.

The GPM has been employed on the Trans-Atlantic Trade and Investment Partnership (TTIP), an economic framework similar to TPPA but involving only US and EU.

It projects negative GDP growth and substantial loss of jobs for some countries.

The model structure has been heavily-criticised by trade economists ever since the publication of its report.

As a trade economist myself, it simply does not appeal to my intuition when the users of GPM readily used the same endogenised trade projections (under TPPA) from a CGE model and draw its macroeconomic implications (GDP, labour income, employment) using the faulty assumptions that underlie the GPM.

The only meaningful way to counter the existing CGE estimates is to employ the same CGE model, but one that is consistent with that of the main GPM tenets, particularly the disequilibrium presumption in the labour market.

But this again may attract debates on whether such suppositions would be realistic, especially in the long-run.

Another amusing aspect of the GPM application on TPPA impact is that Malaysia, Singapore, Vietnam and Brunei are grouped together as one aggregate region.

We know the disparity in technical efficiency, productivity growth, economic structure (for example Singapore is a service-oriented economy while Brunei is largely oil-based), factor demands and the composition of labour across these Asian TPP countries.

Regardless of the model the economist may want to employ, I wonder how one would advocate a convincing story on the potential economic consequences of TPPA to Malaysia, given such a broad aggregation?

Billions of ringgit in potential could be lost

Last, but surely not the least, is the contention on what shall be the economic costs to our beloved country should Malaysia decided to back off from the TPPA for some reasons, while the other 11 countries continue its pursuit?

It shall now be left to our parliamentarians and the concerned individuals to appraise our participation in the TPP more objectively in the ongoing debate.

JAMAL OTHMAN is a professor of economics at the Faculty of Economics and Management, Universiti Kebangsaan Malaysia, deputy head of the economics and management cluster of Majlis Professor Negara, and technical adviser for the PwC CGE work on TPP Country Benefit-Cost Assessment.