A total of 744 bursaries will be given out for those wanting to pursue their studies locally, he said.

This follows alarm among pre-university graduates who found that the application form for JPA bursaries was no longer available on its website.

Students have started an online campaign on this, after finding they can no longer fund their studies, despite gaining admission into top universities abroad.

The JPA Bursary Programme is open to students who have completed their pre-university examinations (the STPM or A-Levels) while the JPA Scholarship Programme is for SPM leavers.

Najib said scholarships will also be given to 8,000 students pursuing their undergraduate degrees locally.

Only 200 students will receive scholarships to study engineering degrees in Japan, South Korea, Germany and France, he said in his speech when announcing the 2016 Budget revision in Putrajaya.

However, the top 20 SPM scorers will receive scholarships to study anywhere in the world, he added.

Student loans from the RM5 billion National Higher Edudcation Fund (PTPTN) will also continue to be disbursed, he said.

Mara provides student loans for studies locally and abroad, which can be converted into scholarships, depending on the academic performance of the students. 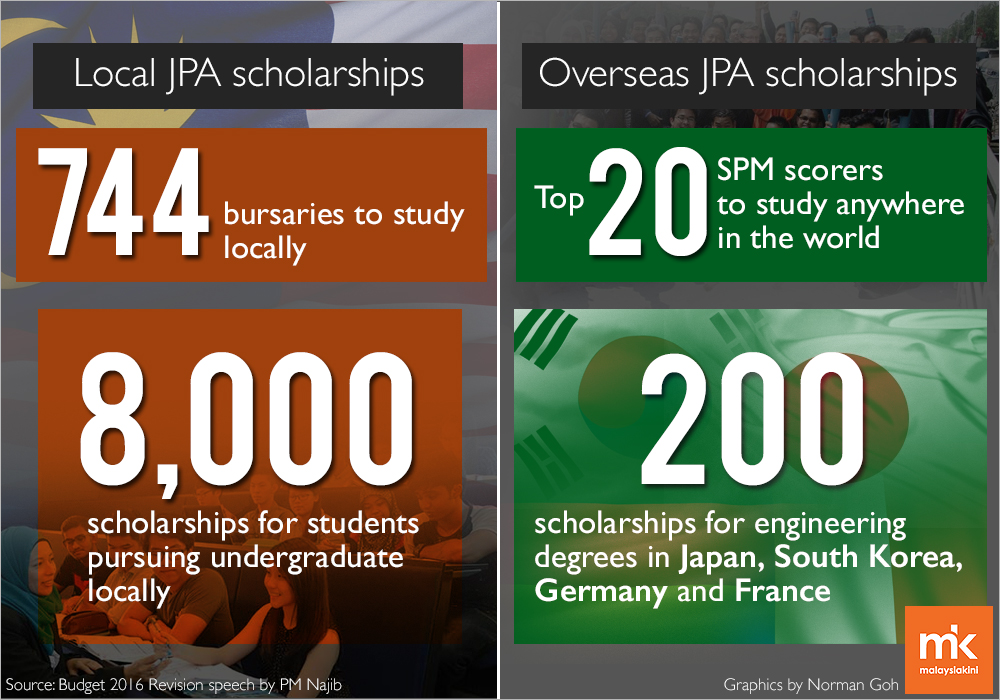