Graphic artists are fighting back against the police warning issued to artist Fahmi Reza, by posting their own version of his sketch of Prime Minister Najib Abdul Razak with a clown face.

Fahmi received the warning that he is under police surveillance , after he posted a sketch of Najib, with the face looking like a clown, for an anti-Sedition Act campaign.

This warning from the police prompted other graphic artists in the collective Grafik Rebel Untuk Protes dan Aktivisme (Grupa), to post their versions of what is now called the ‘Kita Semua Penghasut (We are all seditious)’ poster. 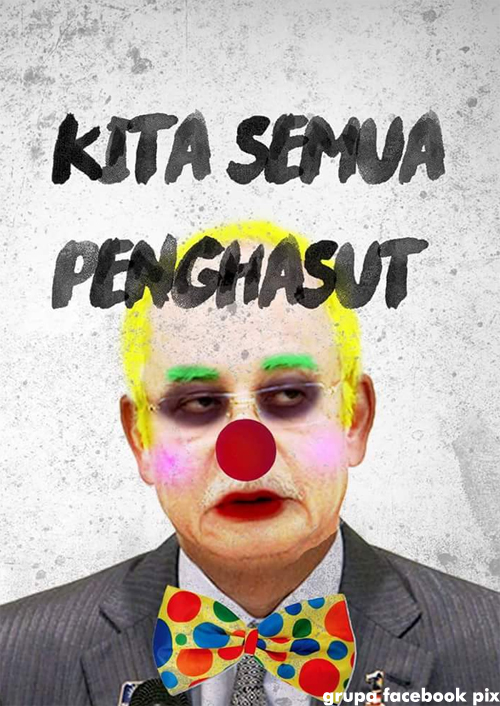 The artwork features an overlay of caricatures of Najib’s face with the traditional clown make-up, with the words ‘Kita semua penghasut!’.

Another artwork uses an older picture of Najib holding a cat by its neck. In this artwork, Najib’s picture is overlaid with a bright red nose, exaggerated red lips and a jester’s hat.

It also features the words: “So he’s choking us because we are all seditious.”

One artwork featuring Najib with a rainbow-coloured afro cites a quotation by ancient Rome historian Tacitus: “The more corrupt the state, the more numerous the laws.”

According to American Institute of Graphic Artists (Aiga) blog Eye for Design, Grupa is a “hastily formed design collective” behind the many posters spotted at the Bersih rally last August. 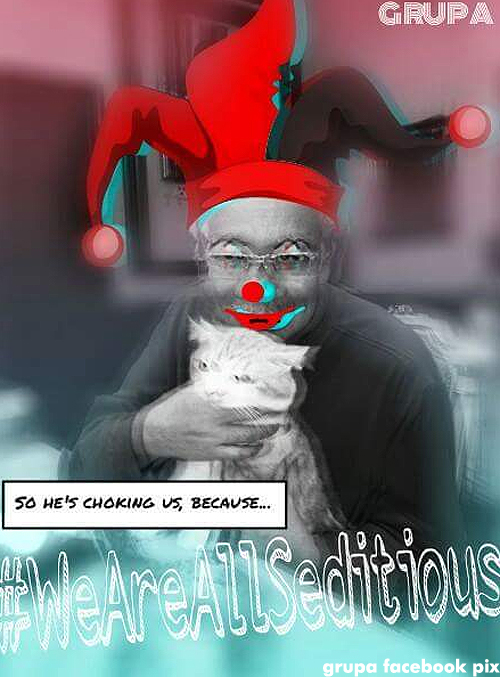 The group released 110 posters online for activists to print and carry at the rally, which called for good governance and clean elections.

When contacted by Malaysiakini , Grupa members said they wanted to remain anonymous, but not out of fear.

“This project is not about us as individual designers, but about the causes we are highlighting, and the movement we are trying to build as a collective through Grupa,” one of the members, speaking for the group, said.