This took place when Apandi held up several documents to emphasise the fact that his office had carried out thorough investigations during the press conference.

From the sum transferred to Permai Binaraya, RM5 million was also channelled to Putra Perdana Development Sdn Bhd a week later, on July 14, 2014. 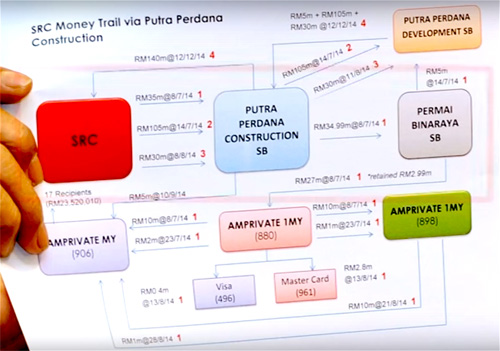 The Finance Ministry has failed to explain why RM140 million was transferred to Putrajaya Perdana group of companies when SRC International has reported that its business was to invest in “natural resources and energy sectors” overseas.

What is Putrajaya Perdana?

Putrajaya Perdana was previously acquired by Jho Low’s vehicle, Abu Dhabi Kuwait Malaysia Investment Corporation (ADKMIC), before being sold to then Sarawak chief minister Abdul Taib Mahmud’s UBG Bhd, all of which took place in 2007. Taib in turn sold a majority stake in UBG to ADKMIC in January 2008.

Petrosaudi International Ltd (Seychelles) then acquired UBG for RM1.4 billion, which was partially funded by a US$500 million loan by 1Malaysia Development Bhd (1MDB) to Petrosaudi in September 2010. 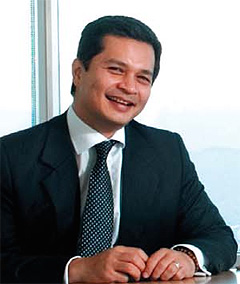 At that point of time, Jho Low’s right hand man, Nik Faisal Ariff Nik Kamil ( photo ) was not only the executive director of investments for UBG; he was also at the same time chief investment officer of 1MDB. Incidentally, Nik Faisal later became the managing director of SRC International after it was set up in 2012.

However, the true ownership of Putrajaya Perdana is unclear as the company’s record in the Companies Commission had its shareholding held under a nominee account in AmSec Nominees (Tempatan) Sdn Bhd.

It has been reported in the media that Lembaga Urusan Tabung Haji (TH) acquired 30 percent of Putrajaya Perdana in November 2014.

Incidentally, the chief executive officer of TH, Ismee Ismail, is also a director of 1MDB since its inception.

It should be noted that TH has taken the investment, involving an undisclosed sum, in Putrajaya Perdana, despite the fact that Putrajaya Perdana has failed to submit its annual audited accounts to the Companies Commission since December 2013.

The inadvertent exposé by Apandi uncovered a whole web of intrigue involving a myriad of companies related in one way or another to 1MDB and Jho Low. It further raised new and unanswered questions over the entire episode.

Most crucially, did TH bail out Putrajaya Perdana to enable the latter to repay the RM140 million advance to SRC International? Tabung Haji, SRC International, Najib as finance minister and Apandi cannot all feign ignorance over the entire ugly scandal.

TONY PUA is the MP for Petaling Jaya Utara and DAP publicity chief.